After all the Sturm and Drang with which Gnosis Dreamscapes ends up, I thought it might be nice to come up with a little something bright and cheerful for all of you to start your workweeks.

A few years ago, James Lileks as part of a series called “Funny Books:  Dubious Moments in Comics History,” featured the following cover from a short-lived early 1950s series… 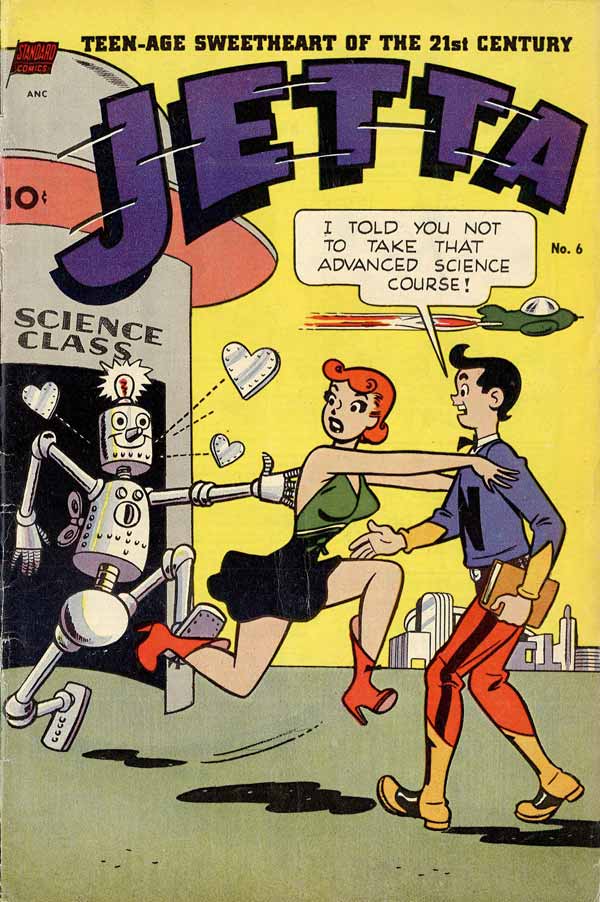 …together with some appropriate (and funny) snark.   Naturally, when I first saw it, I wanted to see more of this curvaceous redhead in her natural habitat. The illustration alone would have been appealing enough, and the artist Dan DeCarlo — probably best known for his work on Archie — was one of talent.

But what to do?  This was a very minor comic book written over half a century ago (and a pain to Google, too, since a certain car made by Volkswagen will swamp your attempt to do so). 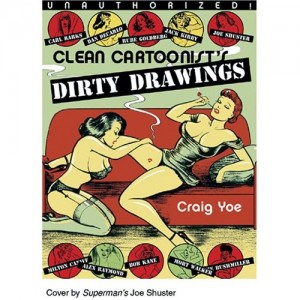 But we live in a happy age, we do.  Back in the 1970s a critic named Roger Price formulated something he called Price’s First Law, a dismal reflection on consumption in a mass-production age:  “If everybody doesn’t want it, then nobody gets it.”  But now in the era of the long tail, a new principle has taken hold (let’s not call it Faustus’s Law, please):  “If anybody every loved it, then everyone can get it.”

And so with Jetta.  We are blessed to have among us one Craig Yoe, comix historian extraordinary.  You might be familiar with him as the compiler of Clean Cartoonists’ Dirty Drawings or perhaps Secret Identity:  The Fetish Art of Superman’s Co-Creator Joe Shuster.  (And if you’re not, you owe it to yourself to have a look-in at the steamy, seamy demimonde of comix art — it’s fun!)

As it turns out, Yoe has a recent project of some interest: 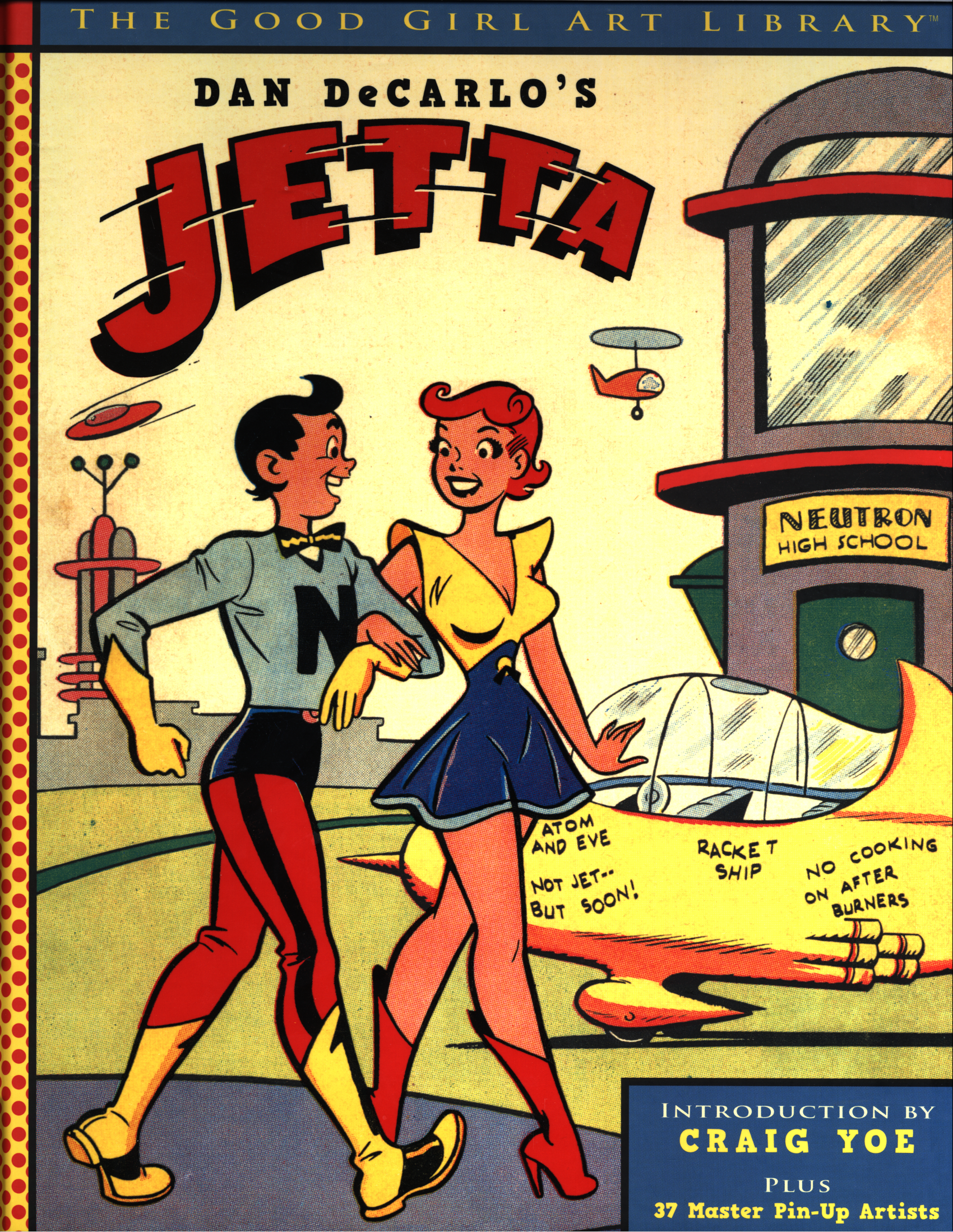 Ta da! Every issue of Jetta ever to be published, right in an appealing hardbound edition.  The long tail wins again!

Now perhaps one might think that Jetta is a marginal topic for EroticMadScience.  Eroticism is rationed strictly in the form of winking, nudging cheesecake (this was a book thought fit for sale to minors in the 1950s).  And the science isn’t too mad.  It’s more like a goofy imagined future, full of jet packs and flying cars and clunky robot servants in a brightly colored populuxe built environment.  But personally, I think that’s appealing.  YMMV, dear readers.

Maybe there’s a little hint of conjoinment in one episode, and thus a tenuous link between Jetta’s innocent future past and my rather kinky present. 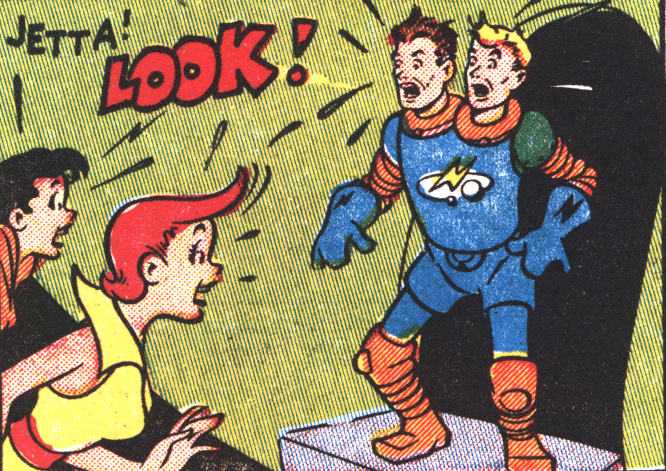 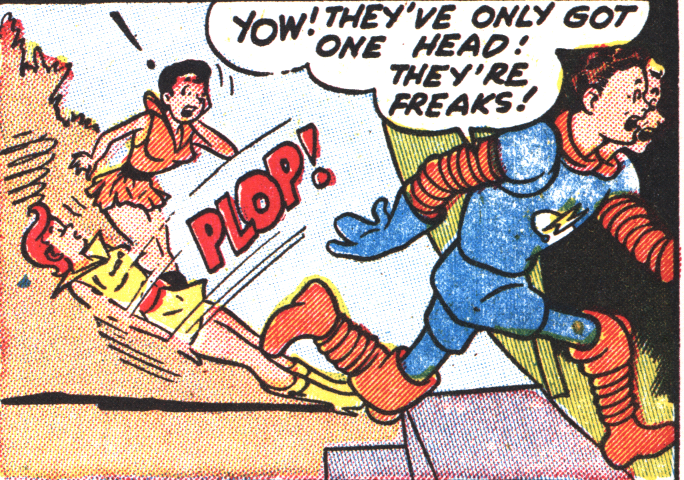 But even if DeCarlo’s teen-comedy romp isn’t your particular cup of mad-science mystery formula, there’s another virtue of Yoe’s collection:  39 pinup artists who’ve re-imagined Jetta for our age.  I’ll provide some examples of — thumbnails only, as these are working artists who deserve patronage.  You can click through to the websites if you’re interested.

Jetta (right) as envisioned as a pure pin-up girl by artist Ben Tan. 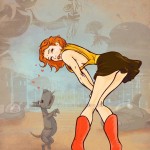 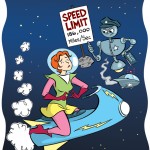 And additional, rather sexy take (below), done by Bill Presing.  Looks like the robot won out after all! 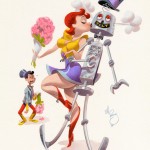 Plus 36 more if you pony up for the book itself, and original DeCarlo pinup art to boot.  See Veronica Lodge just a smidge hotter than you probably ever have, with perhaps one exception…