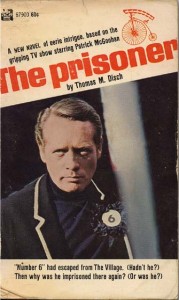 The means through which the shifty Marie is abducted into what the Victorians might have called “a fate worse than death” might look absurd on the surface. But like so many other things (all things?) in the Gnosis world, they’re inspiration stolen from elsewhere. In this case, from one of the most brilliant things ever put on television, The Prisoner.

In this 1967-8 series, a British civil servant played by Patrick McGoohan turns in his resignation and is promptly abducted by sinister forces — perhaps from within the very agency from whence he resigned, and thence is incarcerated in an absurd “Village” and subjected to periodic attempts to extract from him by force or by trick the answer to the question “Why did you resign?”  Escape from the Village is made all-but-impossible by a number of artifices, the most frightening of which is…

…something resembling a large white beach ball that will pursue you and really ruin your day if you get out of line.  It’s called “Rover.” 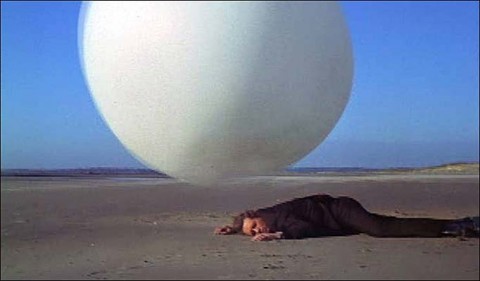 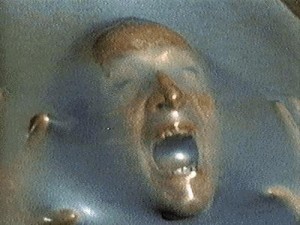 Now maybe “giant white beach ball” doesn’t sound terribly threatening.  But within the fictional universe of The Prisoner Rover is no joke (it’s a measure of the genius of the series that such a benign-seeming object can be turned into something of such menace).  That fucker can smother you to death if you’re not careful.  And even if it doesn’t, any day you have to deal with Rover is a bad one, even by the standards of the Village.

Marie is hunted down and captured by something that resembles a giant soap-bubble, which allows us to imagine a threat posed by something even more benign-seeming than a beach ball (also that of a wet, nude Marie jiggling in peril across a deserted gymnasium floor)!  And the moment of her capture evokes even if it does not duplicate, with its screaming and its schlurping and popping sound effects, another rather dark fetish. 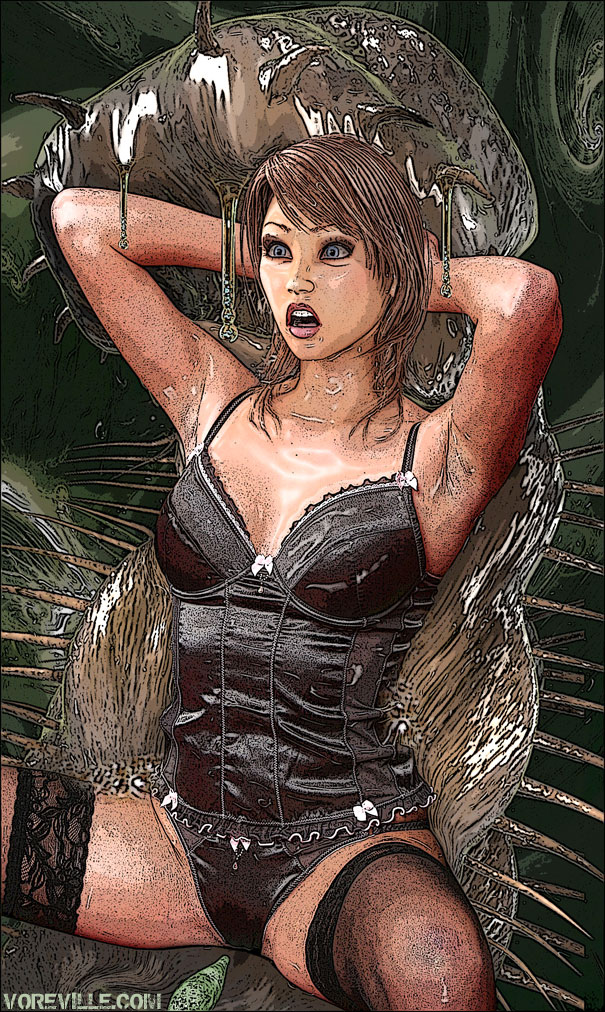 (Proximate image source People Eaten By, ultimate source almost certainly Voreville.com. [Faustus note: May 11, 2018: Voreville appears lost and cannot be found in the Internet Archive]).  Yep.  Something called “vore,” which is all about swallowing or being swallowed, which is in a sense what happens to Marie, even if she has the (perhaps disputable) good fortune to survive the experience.  We’ve actually encountered this fetish in attenuated ways in the Gnosis world before.  Something like it happens to both Rob (liquified, then drunk) and Bill (swallowed by a whale at the end) in their Michiko-inpsired dreams in Gnosis Dreamscapes.

(Postscript:  The Wikipedia article on vore is terribly thin.  Will Erotopedia do better, when it finally launches? [Note by Faustus May 11, 2018: The site appears either never to have launched, or to have disappeared after it did].)