The health of the state
One way to cause thug fail

In celebration of the victory Cleo Mount achieves over national security thuggery using her curious emerging powers, a picture of a body-paint spider girl. 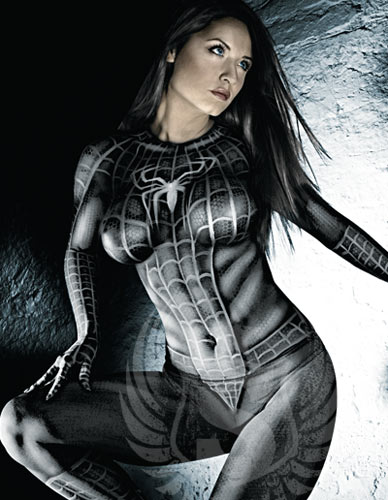 Appears (and, sadly, often disappears) in various places but this one is from here.

Comix footnote: I had been vaguely aware that Marvel Comics had created a slinky and appealing Spider Girl character, but in researching the Spider Girl meme I discovered somewhat to my surprise that there was also a DC universe Spider Girl who appeared briefly in the 1960s.  Her primary super power was…super-strong prehensile hair.

By Cthulhu, that sounds like something out of the Tick‘s fictional universe…