Let it not be said that Colonel Madder is an amoral individual.  Clearly he thinks things like Marie’s abduction through.

(handing him the dossier)

Transmit this to the Kupler op, and make arrangements to receive a transfer into the special operations account.

(leafing through the dossier)

She’s very pretty. Are you sure nothing about these ops bother you, sir?

Nothing in either Hebrew or Greek scriptures forbids slavery, Horst, and some of us are inclined to the view that its classification as an evil is merely a heresy of secular liberals. Did not St. Paul himself enjoin slaves to obey their masters? In any event, we are having no one killed, and as long as the girl still lives, there will be an opportunity for repentance, as I once explained to your predecessor, prior to his unfortunate disappearance.

The girl will suffer terribly, I do not doubt.

The evil of suffering is another liberal heresy, Horst. The presence of suffering reminds us of our fallen nature and brings us closer to God.

It is heartening to see that you have thought this through, sir.

And that’s worth reflecting on, and not just because it’s an opportunity for posters like me to post from the world’s abundant collection of slave-market art. 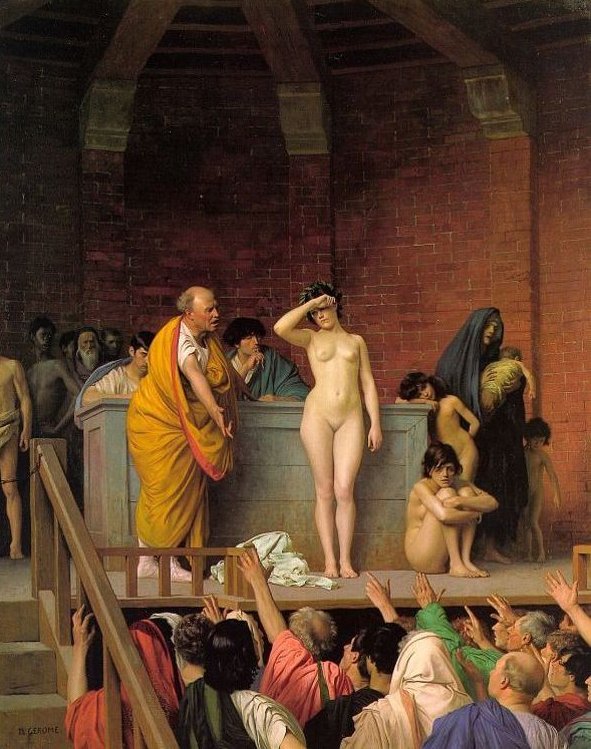 No, clearly this is an opportunity to look a little more at Colonel Madder’s reading, because when he tells us that nothing in the Greek or Hebrew scriptures forbids slavery, he’s not making it up.  And he could have gotten it from Sam Harris’s Letter to a Christian Nation.  Read below, or if the embedding doesn’t work, follow this link. 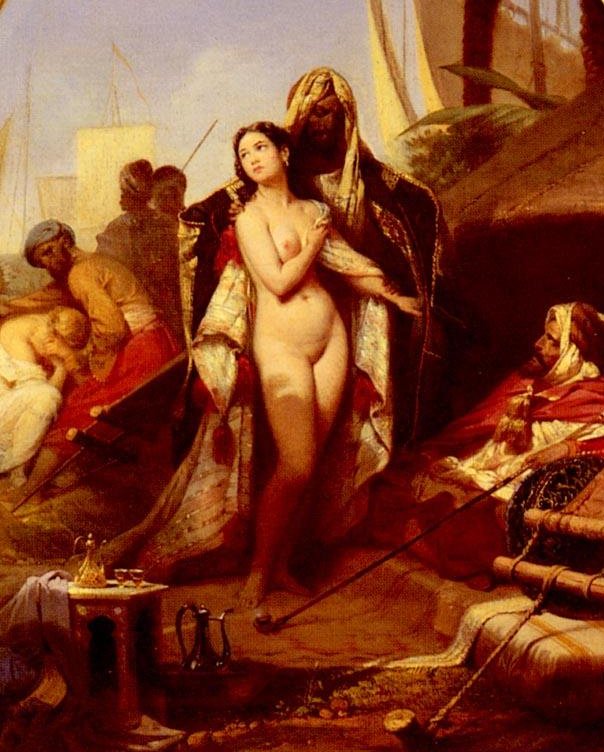 Back in my graduate school days we sometimes had a saying:  “One man’s modus ponens is another man’s modus tollens,” and that seems to be true here.