Something good from PZ
Another naughty robot 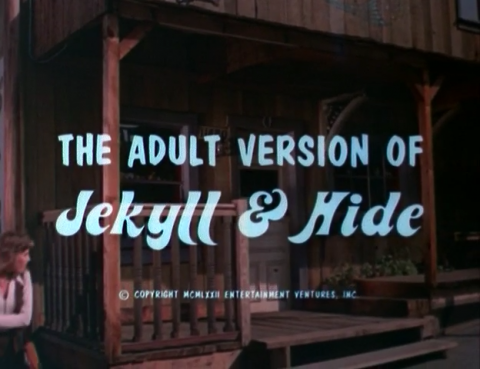 To put things another way, the Jekyll and Hyde story doesn’t have to be a good vs. evil story to work.  But it doesn’t really work as an evil vs. evil story.  It’s possible to make Dr. Jekyll a schlub, but for the story to have much of a point he would have to be a basically decent, perhaps even somewhat likable schlub.

The central character just fails, pretty much, because as both Jekyll and Hyde he’s despicable.  As a Jekyll figure — a “Dr. Chris Leeder,” the movie opens with his cheating on his fiancée.  When he’s dragged rather reluctantly on an antique-shopping detour by the same fiancée later that same day, he discovers the notebook of the “historical” Dr. Jekyll, describing his experiments.   Leeder becomes obsessed with the book.  When the shopkeeper later refuses to sell it, Leeder stone cold strangles the poor man.  So much for the good, sociable Dr. Jekyll figure in this movie.

Back in the 1970s, Leeder recreates Jekyll’s formula and uses it on himself. 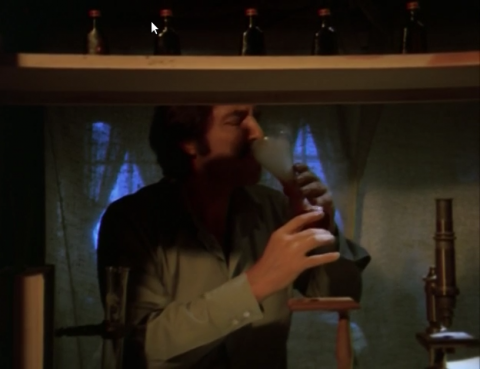 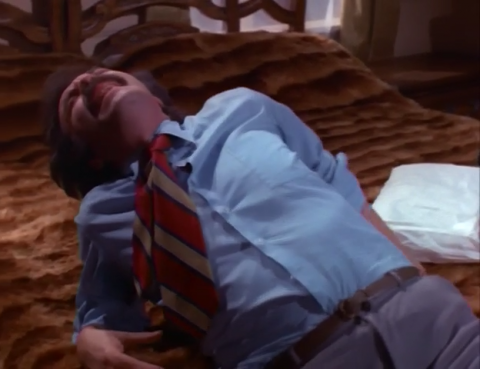 ..into a beautiful woman. 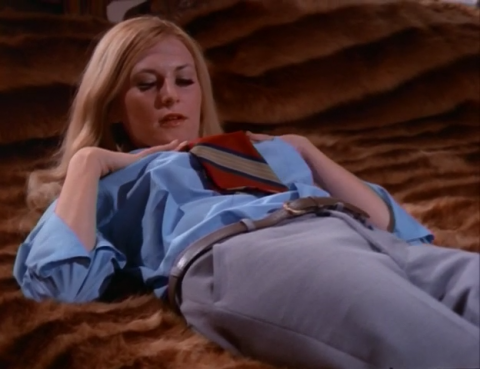 Yep.  A woman.  I should note that while the Jekyll-derived transformation potion does not provide a female wardrobe, it does at least do hair, makeup and nails. 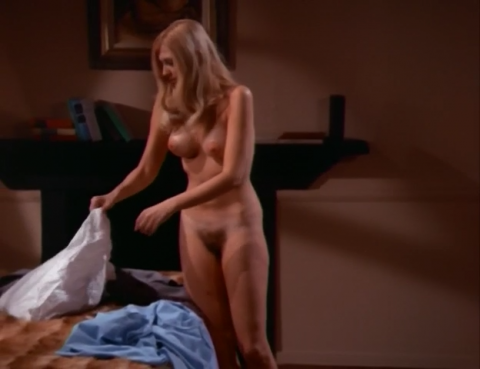 (If you’re hoping for a transformation effect here — which I was, irrationally — you’ll be disappointed.  Actor Jack Buddliner as Dr. Leeder drinks potion, falls on bed, does lots of excruciating histrionics, cut, camera pans to his shoes, cut, new scene with actress Jane Louise as Miss Hide in Leeder’s clothes, which she at least has the decency to remove completely.  What a wasted opportunity.)

Of course, Miss Hide is not just a lesbian, for watching her I had the feeling that I was now watching one of those 1960s sexploitation flicks that have their own ugly value system:  lesbian = psycho.  A girl fight and the gratuitous castration of a sailor picked up in a bar happen along the way.

What a disappointment for thaumatophiles.  If you really must, it’s available from Something Weird Video.  But personally, I’m hoping someone will do better in the future.  Which shouldn’t be very hard, in all honesty.