No, again not a typo on my part.  And this time, not on their part either.  Rather, it’s a reference to a movie called Bullshot (1983). It’s loosely a parody of Bulldog Drummond, who was a sort of early pulp hero/proto-James Bond figure.  The plot?  Rather benign (only borderline mad) scientist Professor Fenton invents some sort of super-fuel formula that Must Not Fall Into the Wrong Hands.   He entrusts half the formula to his klutzy-ditzy daughter Rosemary (played by Diz White, who also helped write the screnplay), and then is promptly abducted by our villain, Otto von Bruno.  The distraught Rosemary contacts our hero, Bullshot Crummond (First World War fighter ace, Olympic athlete, defender of the British Empire, makes all girls swoon, etc. etc.) asking for help, and various preposterous adventures are afoot in the breeze.

Yes, this is a silly movie but I confess I was entertained for its 85-minute running time, which is more than I can say of many things I watch.

It wasn’t entirely clear to me whether von Bruno was himself a mad scientist or just a judicious user of mad science created by others, but he certainly provided some fine mad science moments.  Here he is, attempting to extract the whereabouts of the secret formula from Fenton by means of an Infernal Machine, which causes its victim just to let slip out what he’s thinking. 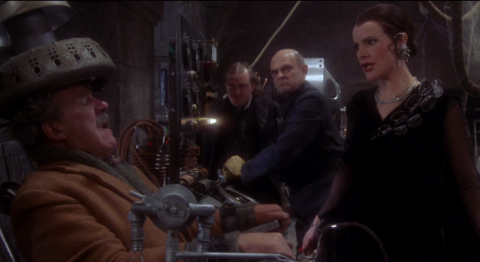 Contrast this villainy to the reaction of our upstanding English hero, who has just received word that there’s a damsel in distress who needs his help. 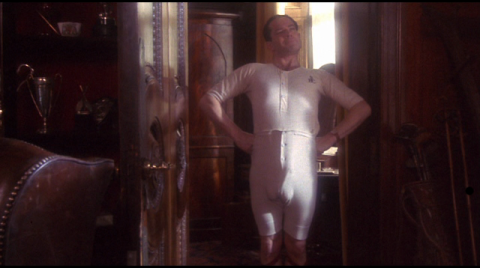 Mad science will indeed make his life difficult along the way. 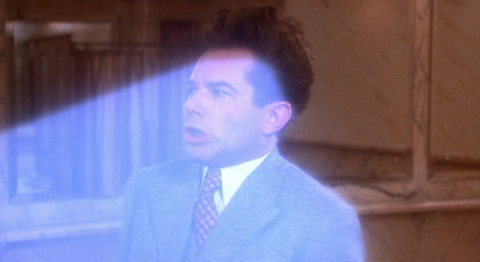 I suppose it gives nothing away to say that in the end British spunk triumphs over Teutonic beastliness. But at least along the way Crummond and Rosemary will have to fight off what von Bruno proudly describes as “the world’s only trained octopus.” Tentacle sex enthusiasts will kindly take note: 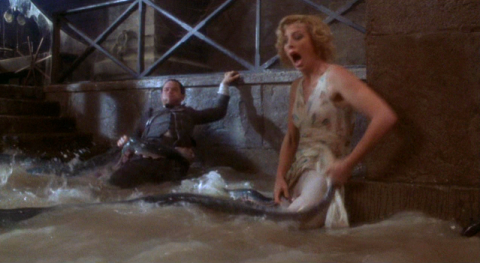 In case anyone should miss the point, this merry scene is accompanied with the following dialog:

Never mind that. Beat it off!