Well the machine says you had one
All hail Dr. Impossible

The titular character of The Abominable Dr. Phibes (1971) surely counts as a mad scientist, though he’s surely unique in the mad science canon.  Not only is he the only one I can think of who has a doctoral degree in theology (*) of all things, but he’s a mad scientist with curiously limited objectives.  He wishes to inflict bizarre deaths on the eight doctors and one nurse who were part of the surgical team that failed to save his wife’s life, deaths modeled upon the ten plagues God inflicted on Egypt to compel the Pharaoh to release the Israelites.  (Take religion seriously –> become homicidal lunatic.  Shades of Colonel Madder!)

There’s plenty in Phibes that is entertaining, but that which really catches my attention is Vulnavia, who appears to be some sort of creation of Phibes’s.  She was played by Virginia North, an actress we sadly see very little of outside this movie. 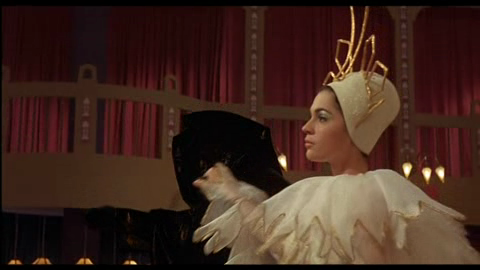 She might be some sort of clockwork, but she’s good enough as a seductress to help suborn at least one of Phibes’s victims. 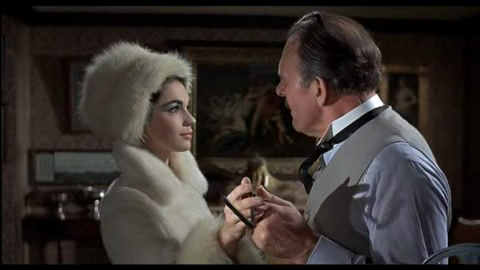 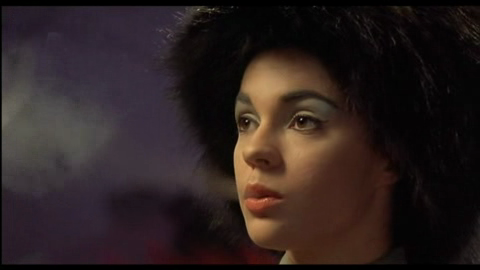 Obviously she wouldn’t be complete mad science creation if she didn’t help out in the lab. 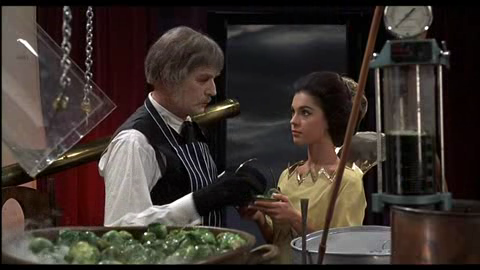 Wow.  I suppose I could go no further than cite El Santo’s remark in the course of his review of Phibes.

I always thought it would have been fun to be an evil genius when I grew up, and now that I know one of the fringe benefits is the possibility of having Virginia North for a pet, I’m really thinking I need to find myself a university that offers a graduate program in Advanced Evil.

You and me both, pal.

(*)  Though I am aware of course that my illustrious namesake did at least study theology, though he didn’t seem to get as much out of it as Phibes.

Update 20100913: The phrase “Vulnavia’s nature is mysterious” originally read “Vulvania’s nature is mysterious,” and this mistake has now been corrected.  It was Vinnie Tesla who discovered the mistake.  In his gentlemanly fashion Vinnie suggested in comments that this was a typo, but looking at it, I think it more likely that I made a Freudian slip. one rather obvious when you think of the context.