Or it did back around 2000 anyway.  Chris’s Invincible Superblog has a post pointing out that the Archie spin-off comic book to Archie’s Weird Mysteries in which Archie Andrews dates a sexbot named Lisi. 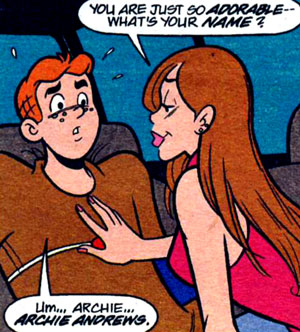 Glad I’m alive now, rather than back then.