…the trope played with in the initial Iris Brockman Study Abroad story turns out to be a lot older than I realized when I wrote it. 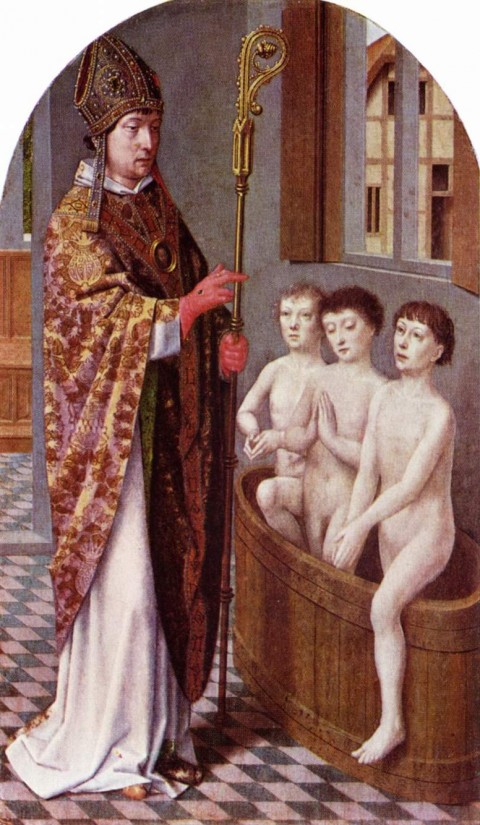 No, this is not an artistic precognition of a certain unpleasantness that has recently dogged a certain global religious organization.  Rather, it’s a painting about a miracle story involving St. Nicholas, recently invoked by psychologist Jesse Bering (whose intriguing writing on sex I blogged about at ErosBlog a little while back) in a column in Slate about cannibalism.  The story, in Bering’s retelling:

The boys had been killed by a butcher, you see, and their carcasses were salting in a makeshift vat awaiting ingestion by famished townspeople. Fortunately, that most notorious child-lover himself, St. Nicholas, just happened to be passing through town when he caught wind of the boy-eating scandal and resurrected the lads in the tub.

Okay, I guess no one had actually gotten around to eating these tender and tasty-looking lads.  Still, close enough given that it’s religion and all.  Well done, Saint-guy!