Those of you who have read Invisible Girl, Heroine know that at the end Maureen Creel plays a Xanatos Gambit against mad scientist Strangeways, which involves the intersection of (1) Maureen’s invisibility tech, (2) Strangeways’s “golden membrane” sex machine, (3) the fiendish device known as a micromachine quantum resonator and (4) a dangerously-powerful aphrodisiac.  (I hope this summary will encourage those of you who haven’t yet read Invisible Girl, Heroine to at least consider doing so.)  The gambit plays out with the following exchange:

Well I am right on the edge of the biggest fecking orgasm I will ever have…uh…uh…and I can’t hold back much more…uh…so let’s find out just how much power I have..uh.uuh..whether its true that radius…increases monotonically with the force of the orgasm. …ah..ah…ah…

Stgrangeways’s face is grinning broadly, but suddenly shifts to a horrified expression.

Well now you don’t have to just imagine the scene, because 3D artist KristinF, whose work has been featured here recently, has rendered a version of it for you, right at the critical moment. 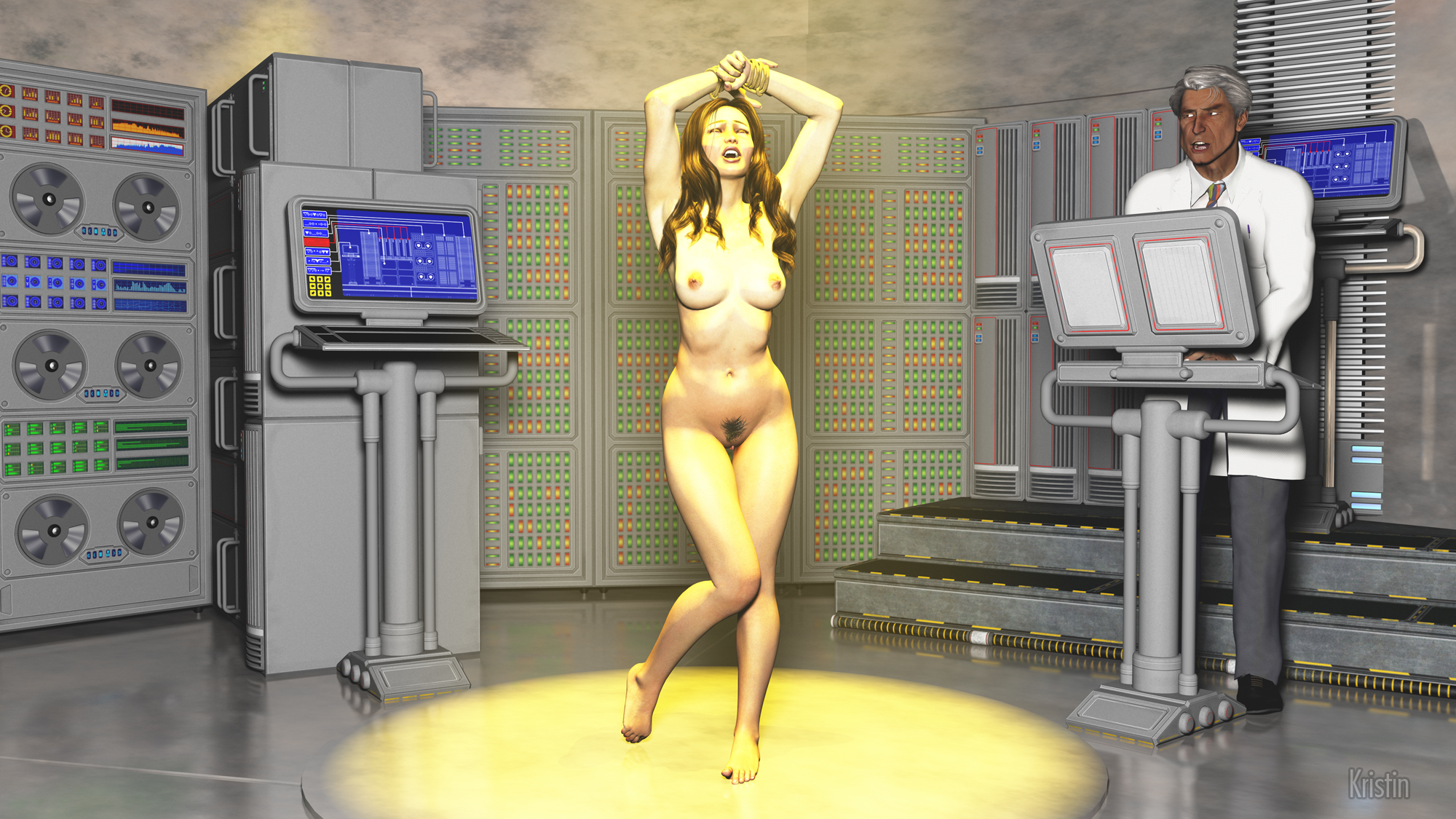 Maureen in the Machine by KristinF and commissioned by Dr. Faustus of EroticMadScience.com is licensed under a Creative Commons Attribution-NonCommercial-NoDerivs 3.0 Unported License.)

And I must say I really like what’s been done here, not just with the mad-lab and the gilding, but with the facial expressions:  Maureen on the point of ecstasy, and Strangeways at the point of realizing that something is about to go very, very wrong.

I hope to see more of this in the future, and hope you all do as well.