Thaumatophiles have something new to pay attention to: 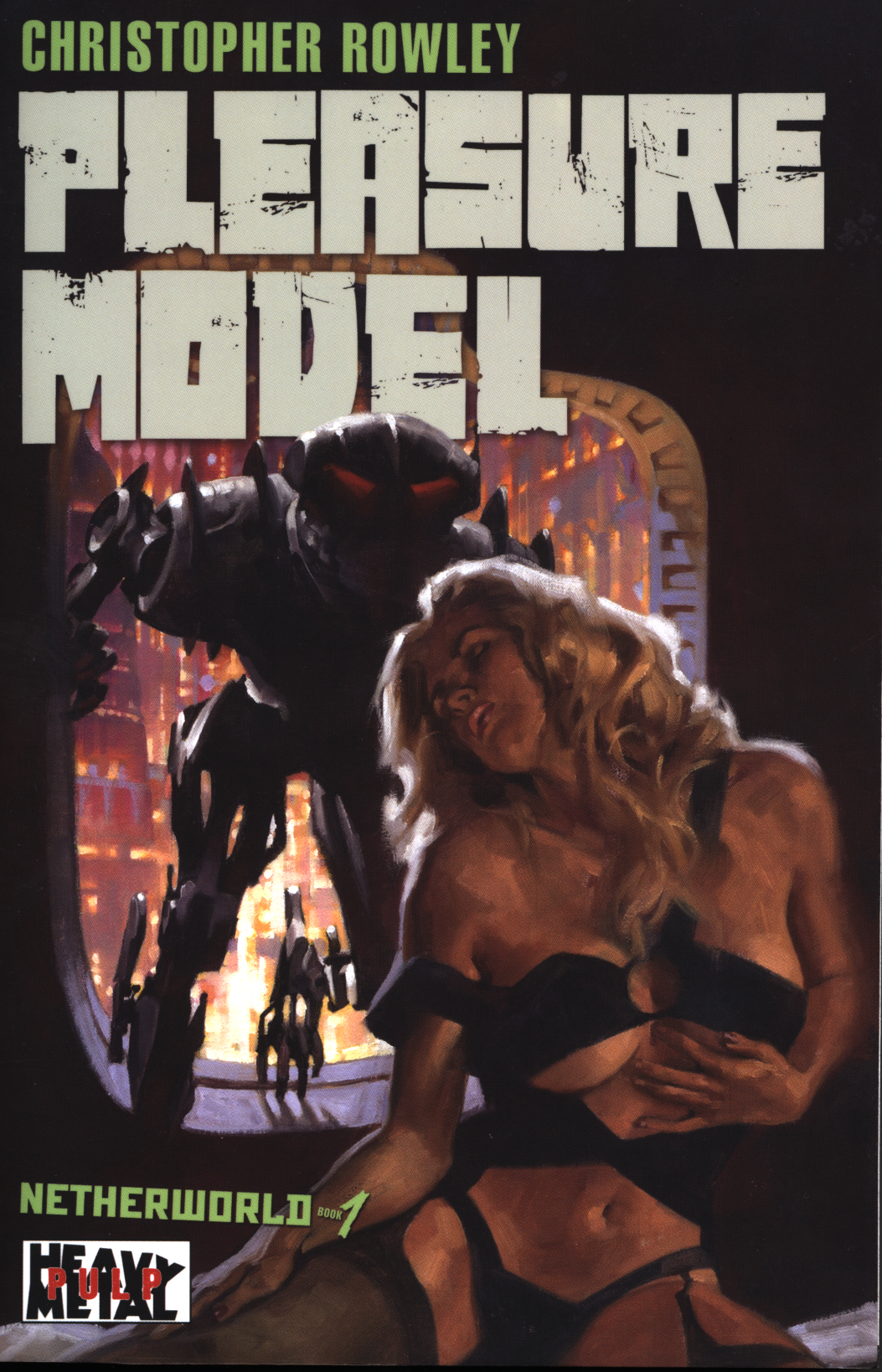 The Heavy Metal people have gotten busy with a new concept these days: a neo-noir, neo-pulp cyberpunk illustrated novel series, or what I take to be a series, of which the above is the first entry.

In the crapsack cyberpunk world of mid-21st century America, Senior Investigating Officer Rook Venner is about to have things take a turn for the bad when he’s called into investigate the murder of a a retired military officer.  His only real evidence:  a human being artificially produced for sexual pleasure.  Mayhem will ensue and chase SIO Venner all over the lower Hudson Valley, and by the end the Pleasure Model will turn out to be more than she seems…

There’s plenty of interest here.  The idea of artificial humans made for pleasure is good mad science, the setting makes in which insanely rich and powerful people live beyond the law and pray on others makes for good paranoid melodrama.  And the concept behind the book interesting.  It’s prose mostly, not a graphic novel, but it’s illustrated heavily — and appealingly, by Justin Norman.

Not quite the art content of the book, but entertaining nonetheless. And I certainly look forward to future entries in the series.

Update 0520 GMT: Video embed was broken for a while. Fixed now, I hope.

One thought on “Pleasure Model”