Maureen snaps Aloysius out of it. 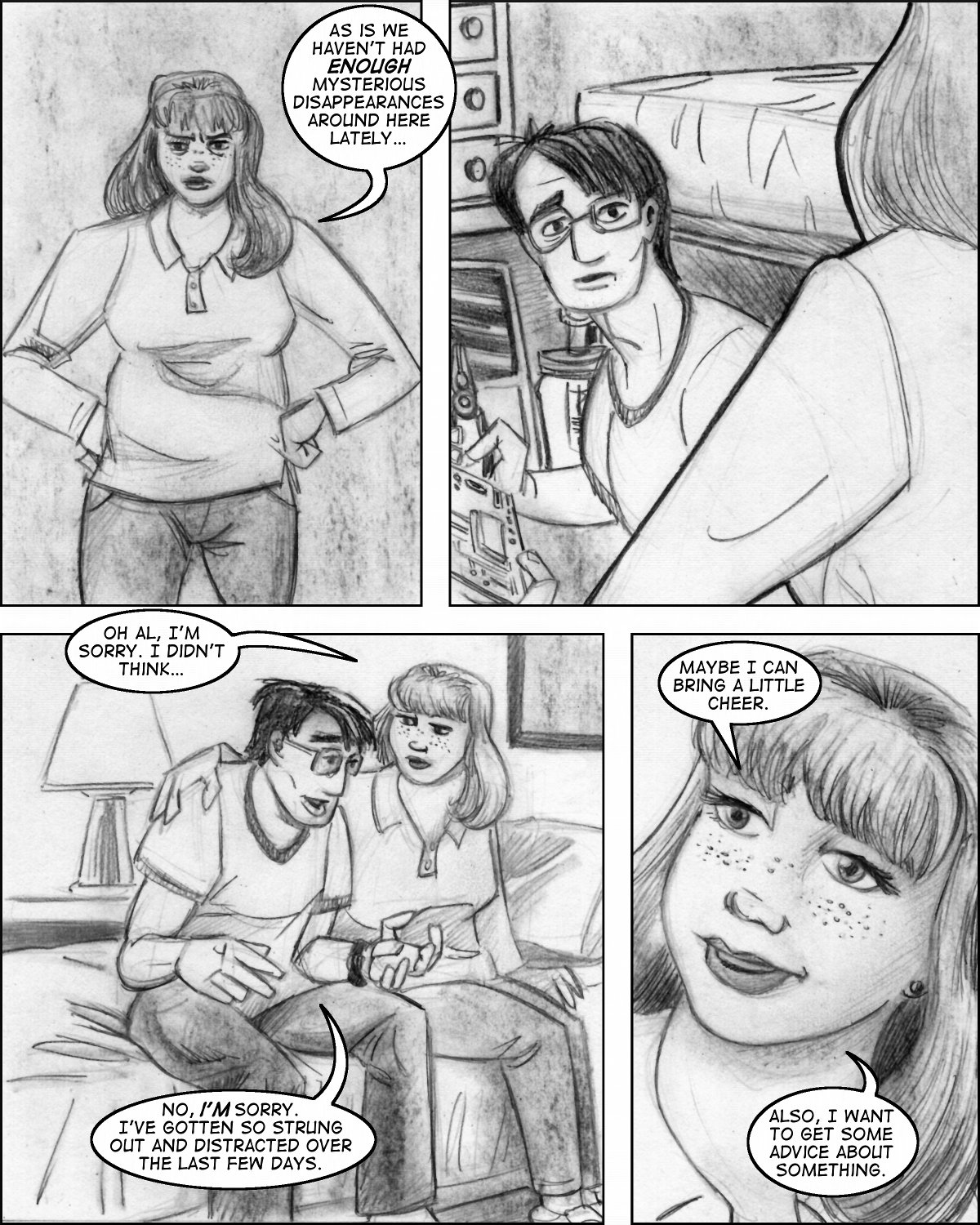 Progress in Research: Chapter Three, Page Seventeen written and commissioned by Dr. Faustus of EroticMadScience.com and drawn by Lon Ryden is published under a Creative Commons Attribution-NonCommercial-NoDerivs 3.0 Unported License.)

The theme of a woman consoling a man is a common one in classical painting. Here is an appealing example of one that I found recently. 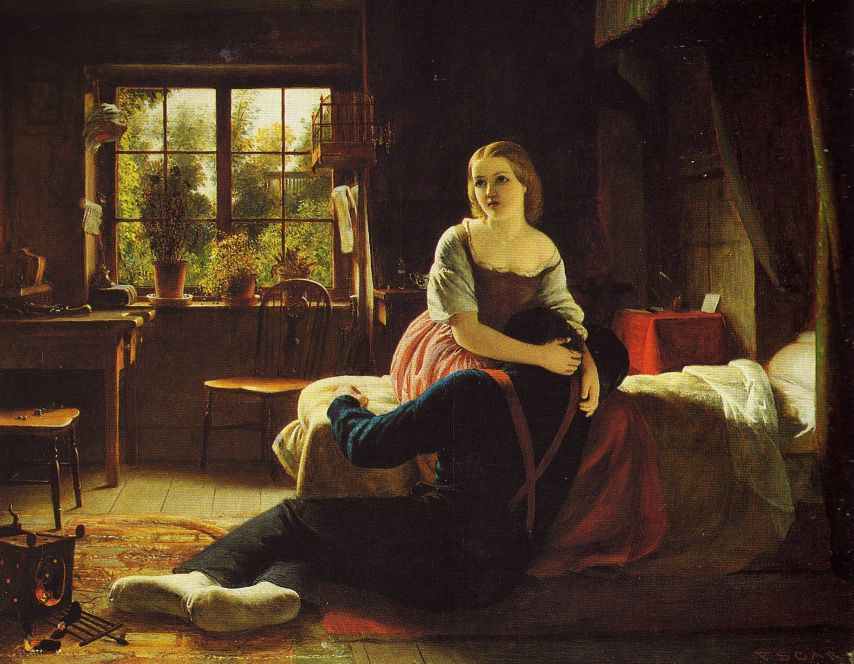 This version of the image found here, with thanks to British Paintings for additional biographical detail on Cary.