A ComicCon a few weeks ago, artist SelkieSium participated in a portfolio review and received the following comment on a Batgirl image.

Her breasts are much too small and do not have the lift that superhero women should have. Her jawline is fat and her neck much too long. The style of her hair is clunky and does not flow in a sense that a super human would. Her hips, waist and thighs are too big and she honestly looks fat. No one is going to want to read a comic with a fat female protagonist. I honestly recommend looking at issues of Sport’s [sic] Illustrated to get the right anatomy. Those women are the peak of human perfection, and that is what we want in this industry.

Extended comment on such a remark dignifies it more than it deserves, but over at DeviantArt at least other artist, Kxhara, has come up with a creative response: a drawing contest.

Based on a recent submission to Eschergirls, I am hosting a contest!

– “Olympian” athletic musculature is also allowed, the point is to escape the typical stick-with-boobs body type

– Also accepting redesigns of existing superheroines with more proportional, realistic bodies (Powergirl with the body of a female weightlifter, etc)

You can follow this link for full details. The important thing here is that Lon was on the job, and created his own entry for the contest, based on the closest thing we have to a qualifying superheroine in the Gnosis College fictional universe, the zaftig and resourceful Maureen Creel. (The characters in the background are newly designed inmates of the State Home for Wayward Girls, who will be important in the upcoming volume of Tales of Gnosis College. 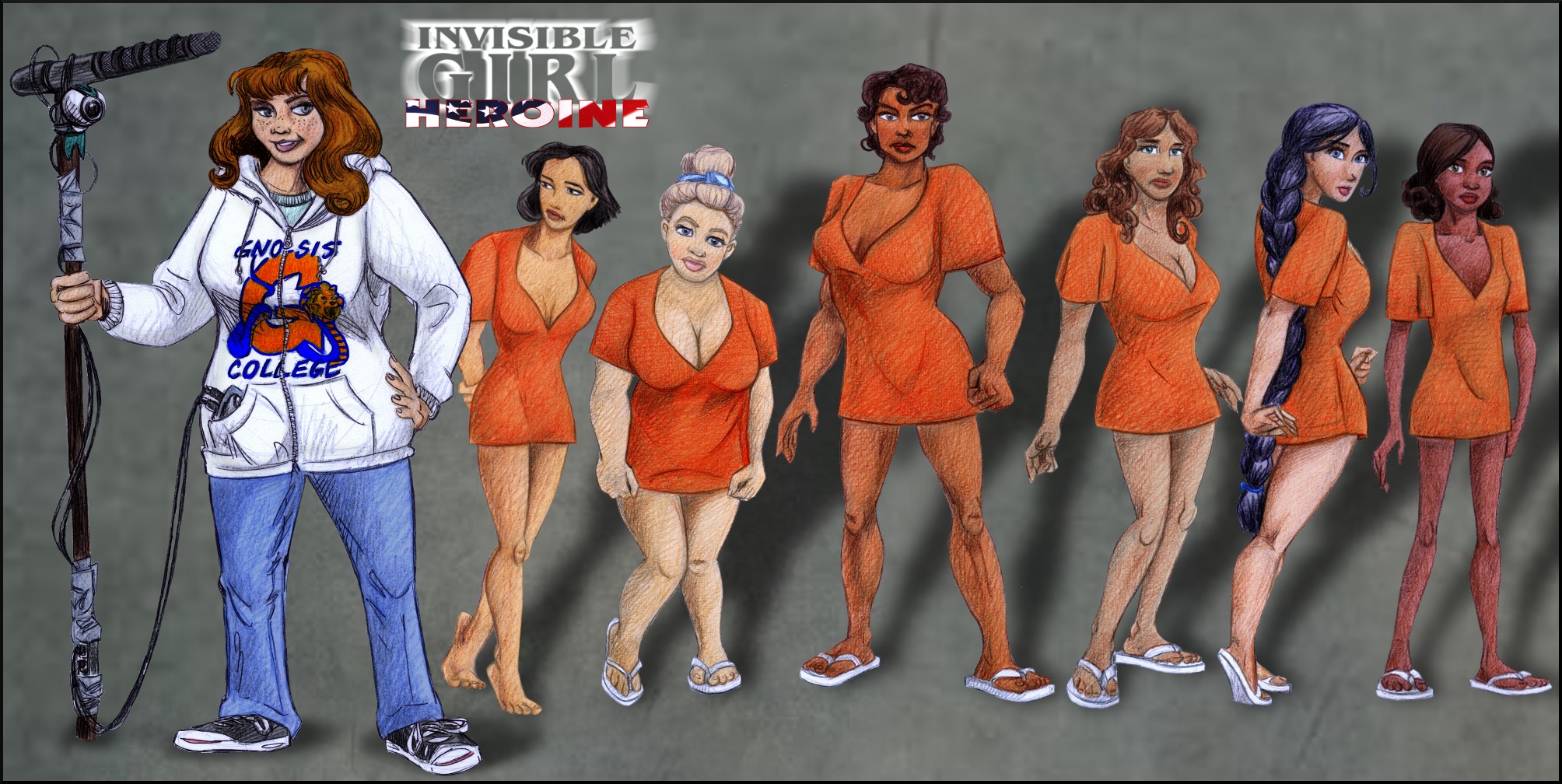 The contest runs into September, and you can see all the entires so far here. So head on over and show our girl some love.