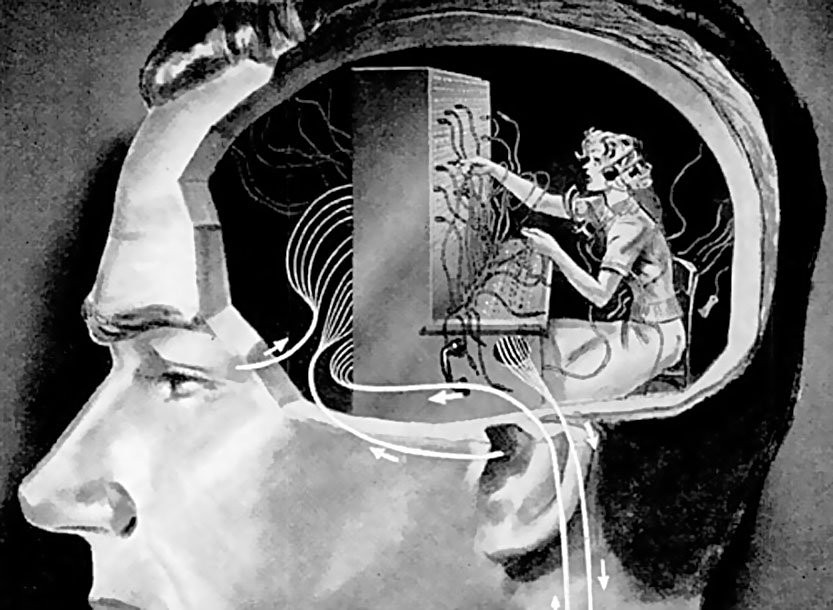 Original post here. This image was researched by Bacchus at ErosBlog as part of the “Γ commission.” The research was originally published at Hedonix as “Γ 040 – Mental Switchboard>. Here is what Bacchus found.

Although this image appears without credit in many hundreds of places around the web (especially sites about mental health or hypnosis) virtually all appearances seem to be various crops and edits of this image on Flickr. It was posted by Flickr user James Vaughn (x-ray_delta_one) and comically captioned “…needs more Miltown!” (This is a reference to a once-popular tranquilizer and relies for its humor value on the switchboard operator’s frazzled appearance; one Flickr commenter calls her “the quintessential frazzled switchboard operator of the 1950s.”)