This woman encased in emerald from the November 1941 cover of Astonishing Stories conveys a real tube girl or ASFR feel, but unfortunately is unattributed and also, in its Internet Archive version, a little battered. There is a slightly more vivid and clean, but also smaller, version of the cover to be found at Galactic Central. It appears to illustrate the story “My Lady of the Emerald,” by Robert A.W. Lowndes (1916-1998), one of many writers who began his career with the encouragement of H.P. Lovecraft. The story has an interior illustration by Leo Morey, whose work we have seen before on this site.

This issue of Astonishing STories is available to read or download from the Internet Archive.

Comet was another short-lived magazine (five issues in 1940 and 1941) that, unlike A. Merritt’s did not tend to attract top-of-the-line talent. Nonetheless this March 1941 cover by Leo Morey hints at the tube girl meme, and interior art by the very obscure Michael Mirando hints at…tentacles?

This issue is available to read and download at the Internet Archive. 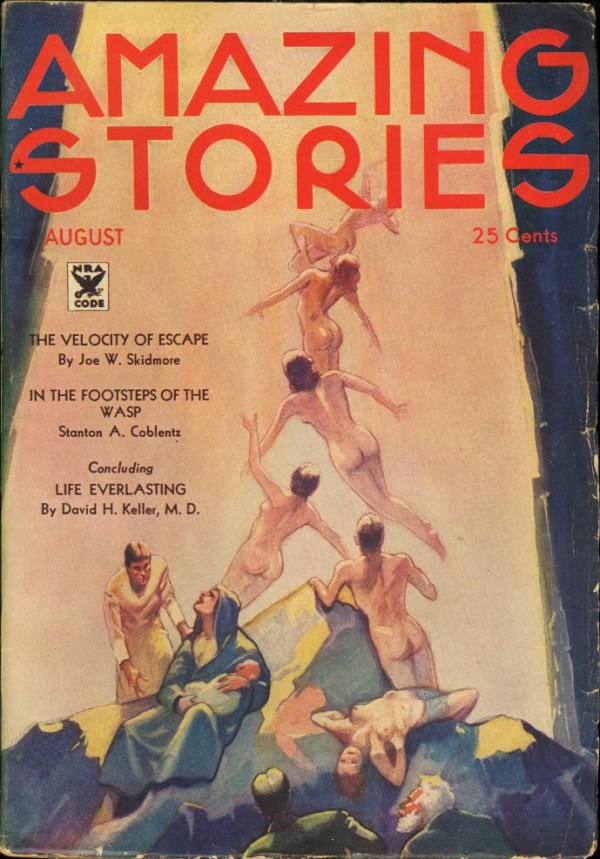 This is Amazing Stories for August 1934, cover by Leo Morey. The ISFDB entry for this issue is here. I found this version of the cover at Pulp Covers. You can download and read this issue at the Internet Archive. 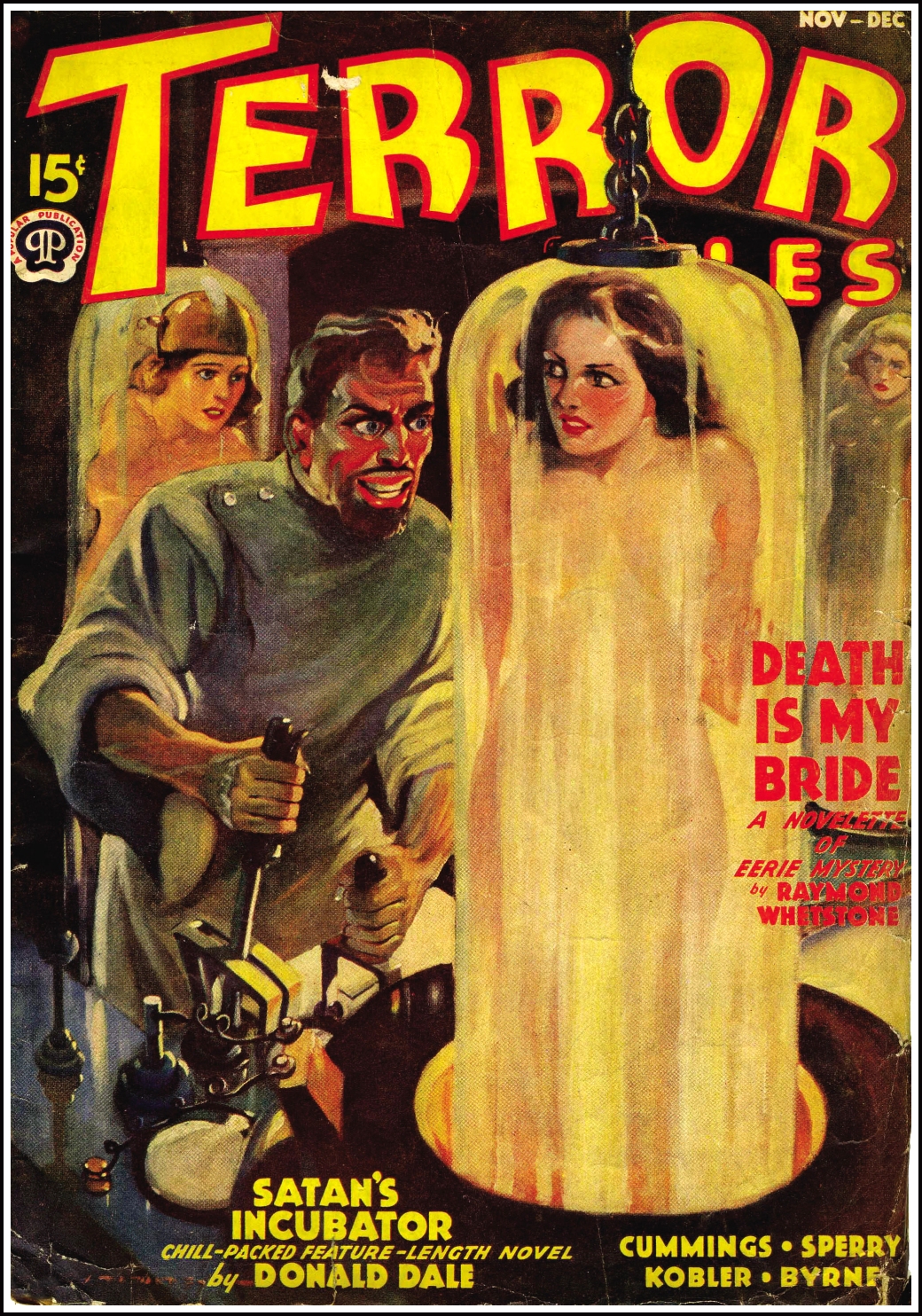 This is Terror Tales for November-December 1938, cover art by Leo Morey. The ISFDB entry for this issue is here. This version of the cover was blogged by me before at my squicky scrapbook blog Infernal Wonders. The deeper source was a gallery at a blog called “The Golden Age,” once hosted by blogspot by now, sadly, defunct.