Looking for the appropriate link about Jules Joseph Lefebvre for yesterday’s post brought my eye to this lovely image, which I thought worthy of a digression.

La Vérité (Truth) the original of which hangs in the Musée d’Orsay in Paris.  The Wikipedia caption notes  “The painting is contemporary with the first small scale model made by Lefebvre’s fellow-Frenchman Frédéric Bartholdi for what became the Statue of Liberty, striking a similar pose, though fully clothed.”

Great Cthulhu, thinks I.  If only they had used Lefebvre’s version for what now stands in New York Harbor, instead of the severe and heavily-draped figure created by Bartholdi!  I for one would be so much more patriotic.  (Maybe it’s a bit late but if you’re a U.S. citizen and want to write your congressman and protest the choice, you can use this form.) 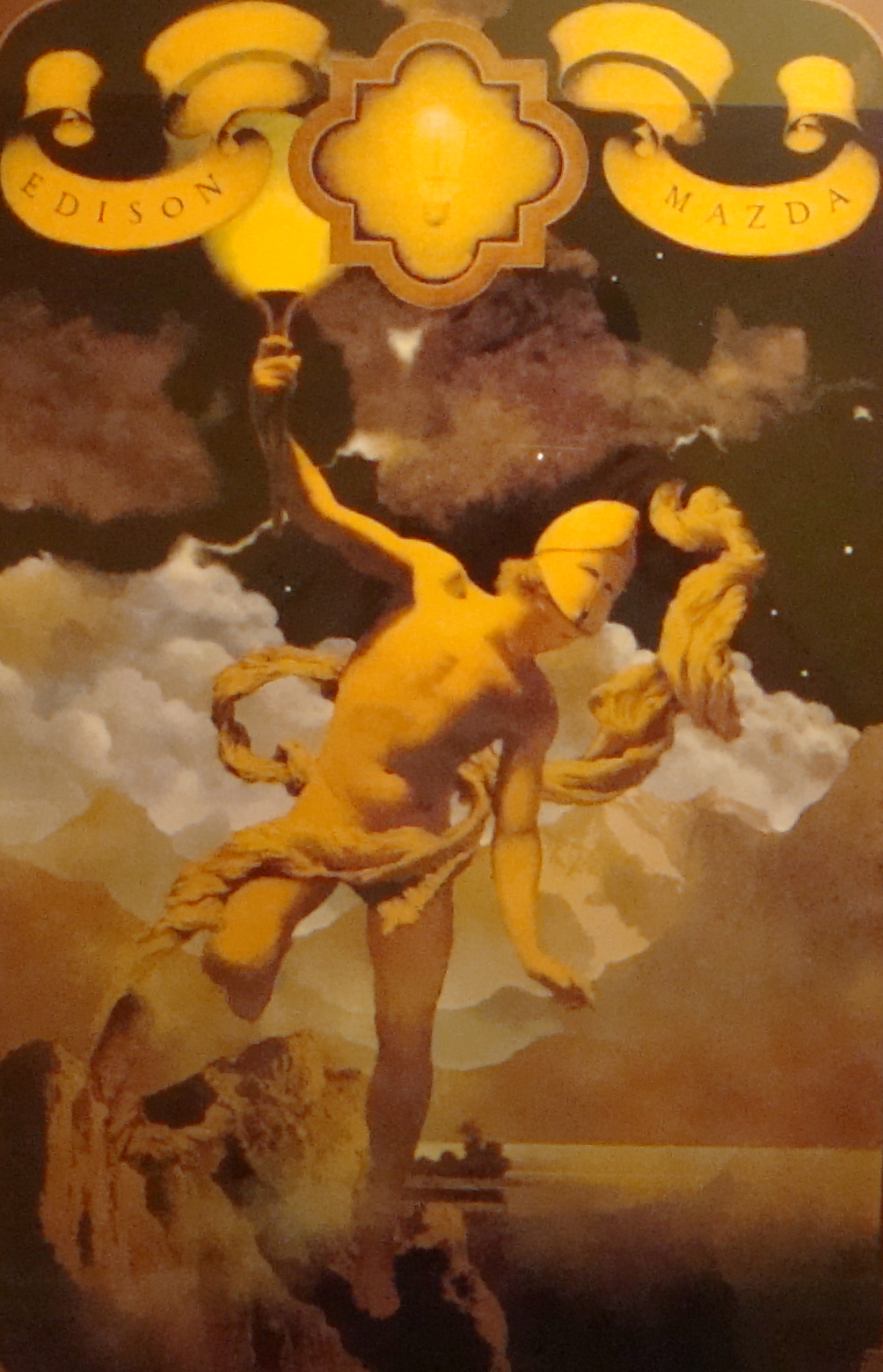 Prometheus bringing light to the world.  In the form of light bulbs made by Edison Mazda, it would seem.  A reproduction hangs right outside my study.  Honest.