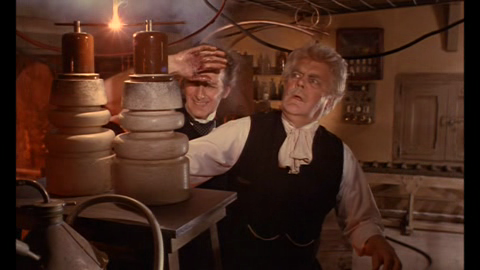 Meanwhile in whatever little burg or dorf in which Frankenstein has set up shop, young man Hans is framed for the murder of a tavern-keeper with connivance of the actual murders, a trio of loathsome young dandies.  He’s guillotined at the edge of town — thus providing useful experimental material for Frankenstein. 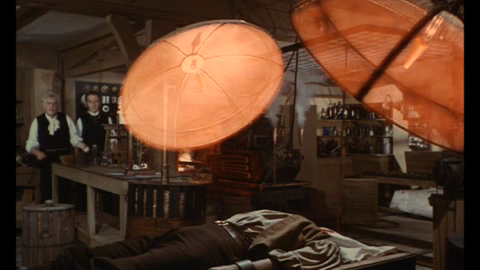 But what to do with Hans’s soul when he’s trapped it?  In a human tragedy that works out well for mad science, when Hans’s lover Chritina sees his execution she promptly drowns herself.  More material for Frankenstein.

What he creates is a composite creature, Hans’s soul somehow transferred into Christina’s repaired (and improved) body.  Quite an advance on the old poetic conceit of two lovers united in death!  Her first sentence on revival is that most philosophical of questions:  “Please…who am I?”

And indeed, who is she?  She’s not a composite like Jireen, the owner of the memories of both her progenitors.  But at the same time, she seems in some ways continuous with both of them, as her subsequent actions will show.

The resulting being is quite the seductress, and proceeds to use this ability to execute a program of revenge on the young dandies, giving us in the audience something to ogle. 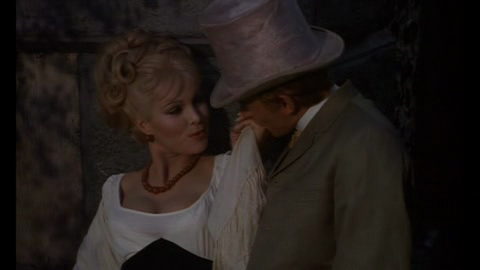 Definitely not a movie to miss for the thaumatophile.