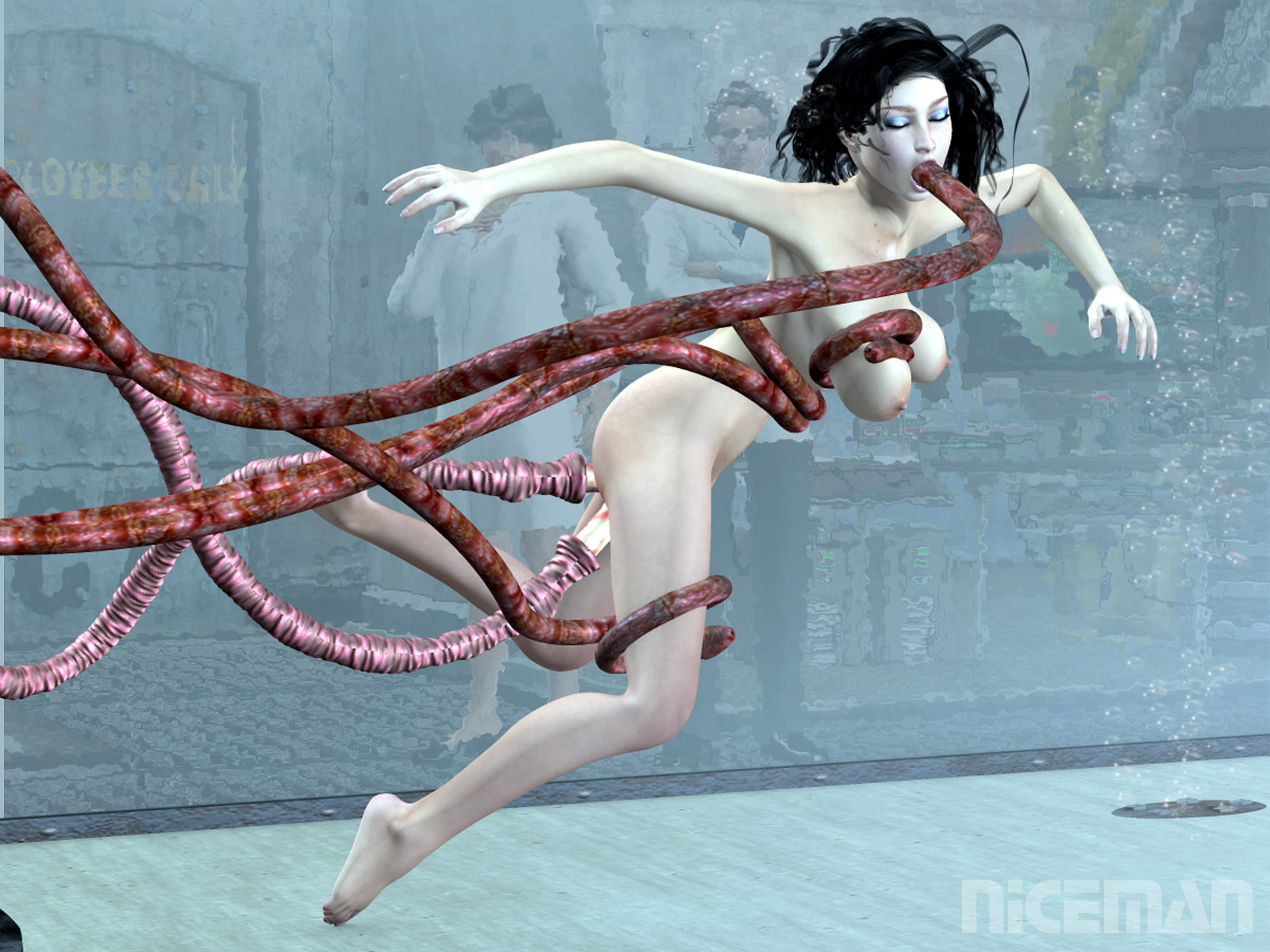 Moira Encounter by by Niceman, commissioned by Dr. Faustus at EroticMadScience.com is licensed under a Creative Commons Attribution-NonCommercial-NoDerivs 3.0 Unported License. (Click on image to see full-size.)

Readers of The Apsinthion Protocol should remember this being from a scene that starts with something like this:

Try extending your hands slowly, as we discussed.

Moira does so. The slender tentacles move forward and gently brush against her fingertips.

Moira gingerly extends one hand further. A tentacle slowly wraps around the tip of one one of her fingers.

Strange feel. Not slimy or scaly, but sort of…sleek-feeling if that means anything.

The tentacles move forward and begin entwining themselves around the fingers of both of Moira’s hands.

Moira, this is leading…

Moira opens her legs on the stool. A larger phallic tentacle moves between them.

And I mean I will…I mean…

The tentacle thrusts back and forth

And still further thence as Moira has quite the encounter, observed (for SCIENCE!) by Professor Corwin and Anwei, who you can see in the watery background here. I can see no objections: after all, they’re all consenting adults.

Well, maybe the tentacle creature isn’t. Did anyone think of that?