I guess I’m just an old mad scientist at bottom. Give me an underground laboratory, half a dozen atom-smashers, and a beautiful girl in a diaphanous veil waiting to be turned into a chimpanzee, and I care not who writes the nation’s laws.

Here is is his sequence. A girl in a diaphanous veil, a mad scientist, and a laboratory. 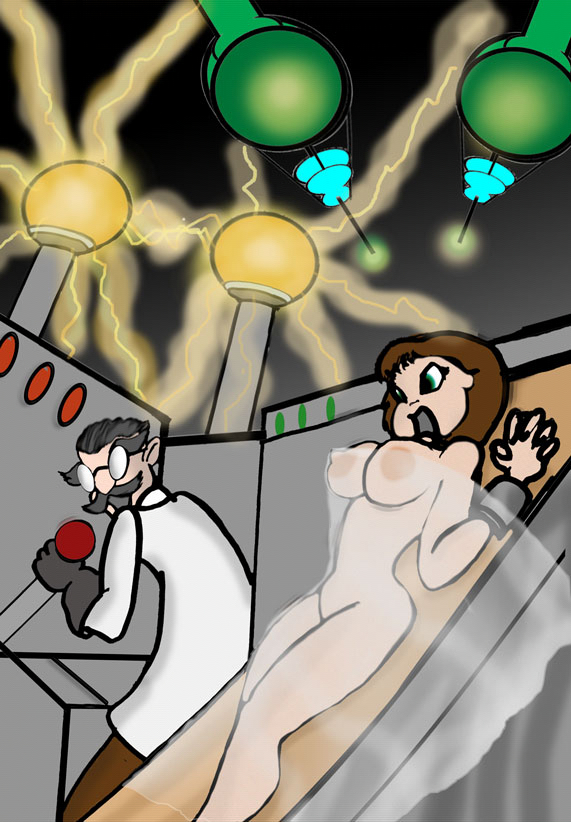 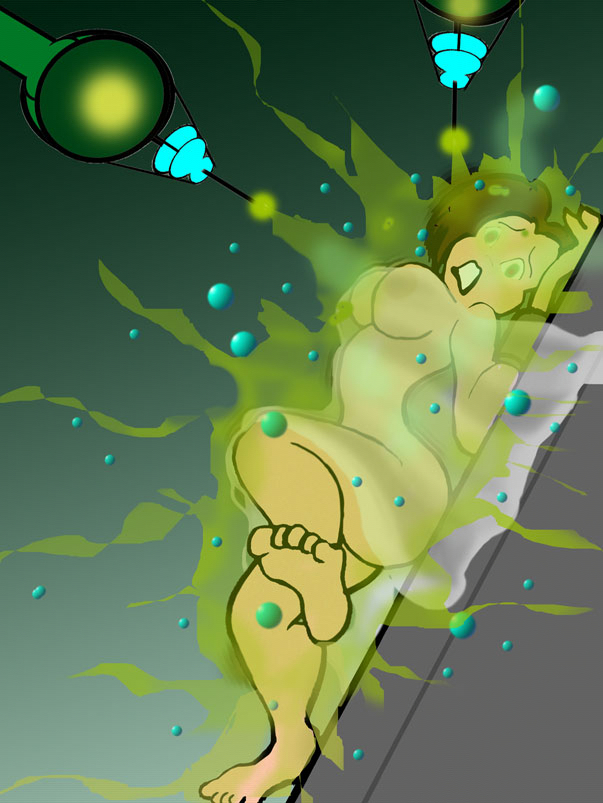 Resulting in a beautiful chimpanzee. 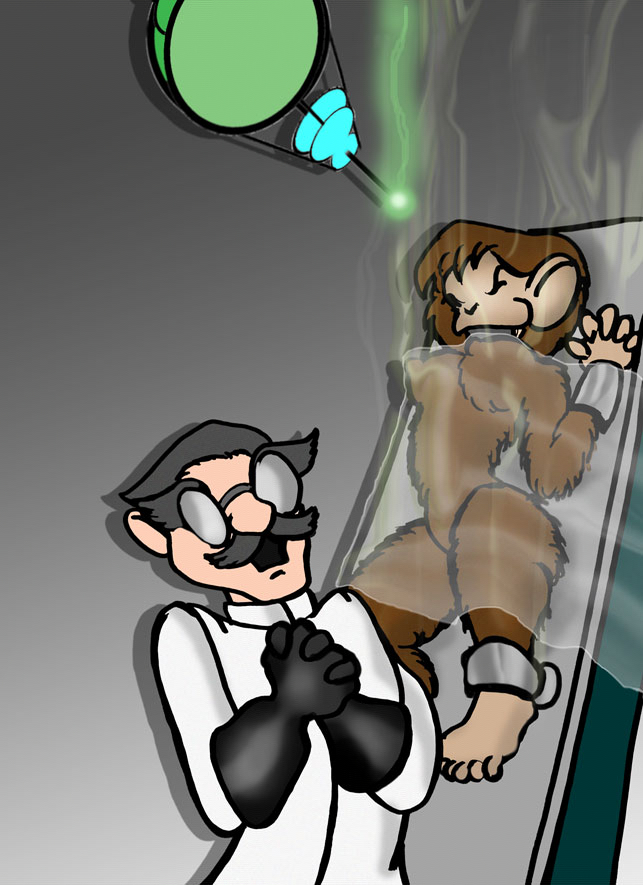 Waiting for Transformation Sequence commissioned by Dr. Faustus of EroticMadScience.com and executed by Russkere is published under a Creative Commons Attribution-NonCommercial-NoDerivs 3.0 Unported License.)