This issue of Startling Stories is available to read and download at the Internet Archive.

Well, not bad, but not enough to keep the magazine going for more than nine issues (until May 1954).

Then when Royal Publications tried launching another magazine with the same title in 1956, they decided to push the girl-versus-ray-gun thing, and this time hired Ed Emshwiller to go all-out and really light up those nipples this time.

In spite of also having a short story (“Hadj”) by Harlan Ellison in the first issue, this one didn’t last all that long either, eleven issues folding after June 1958.

The first issues of both the first version and the second version of Science Fiction Adventures are available to read and download at the Internet Archive.

Fantastic Adventures published between 1939 and 1953 and rarely stinted on the sexy in its covers, as this cover by Walter Popp (1920-2002) shows, albeit perhaps a bit more subtly than many similar covers in its genre.

This issue of Fantastic Adventures is available to be read or downloaded at the Internet Archive.

Hat tip to Pulp Covers for bringing this issue to my attention. 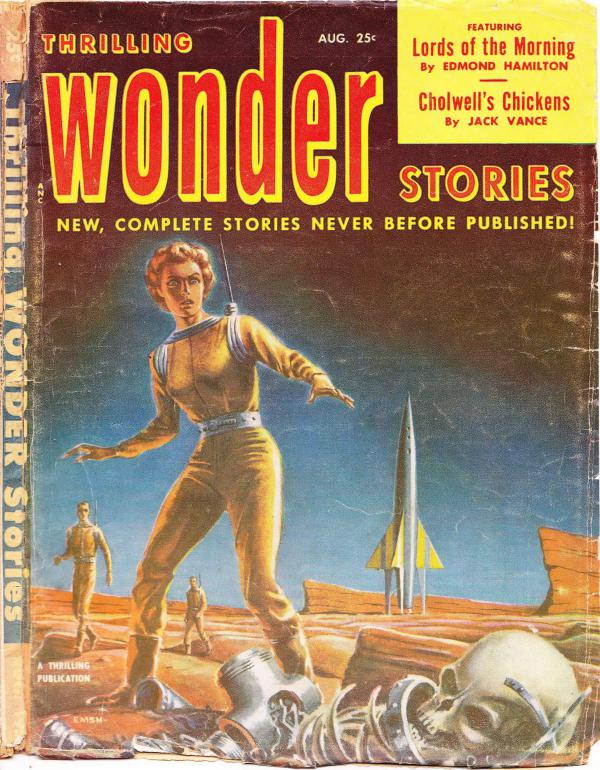 This is Thrilling Wonder Stories for August 1952, cover by Ed Emshwiller. The ISFDB entry for this issue is here. I found this version of the cover at Pulp Covers. Some interior art by Paul Orban, illustrating Alan E. Nourse’s story, “Counterfeit:” 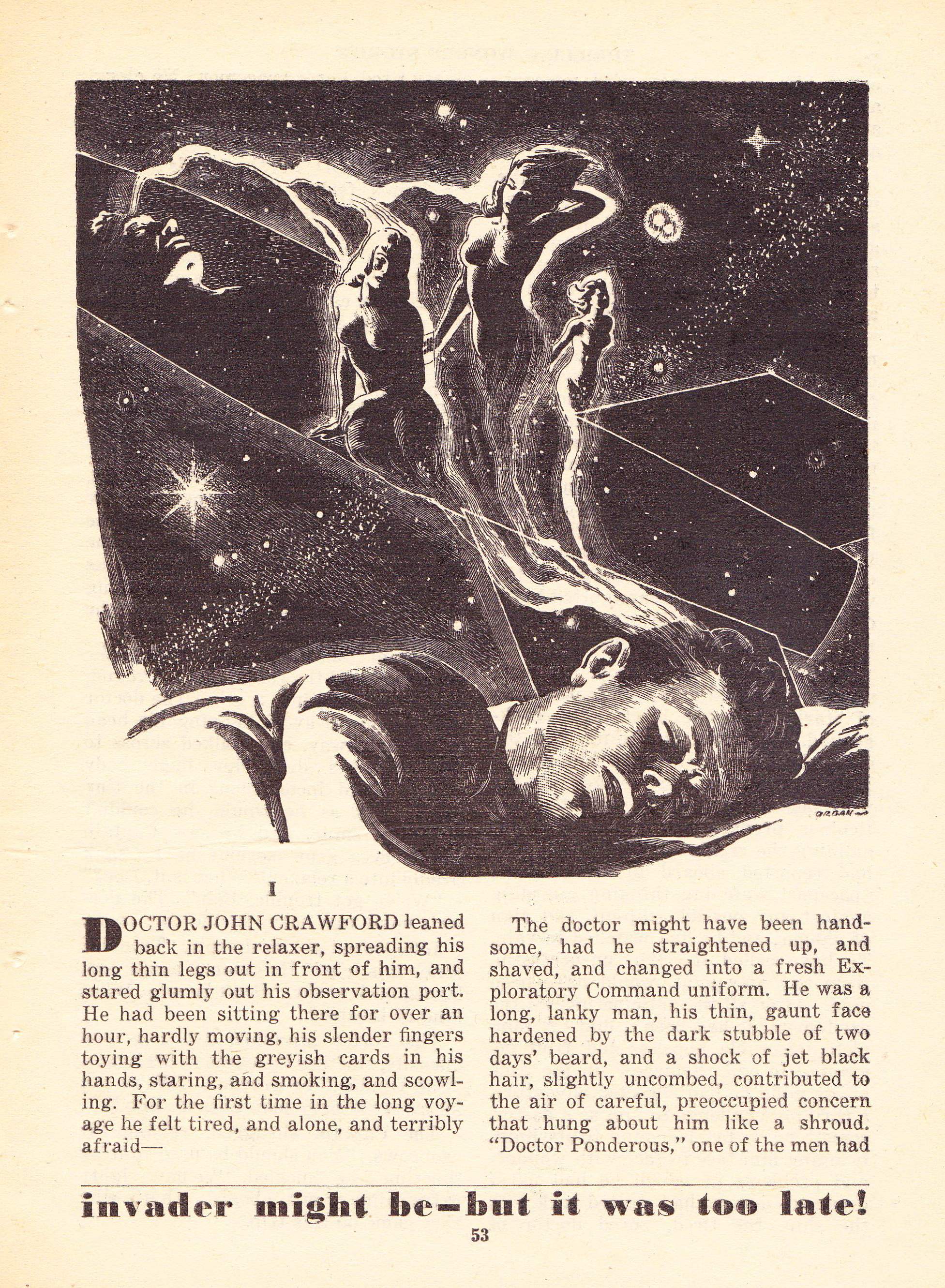 You can read and download the whole issue at the Internet Archive. 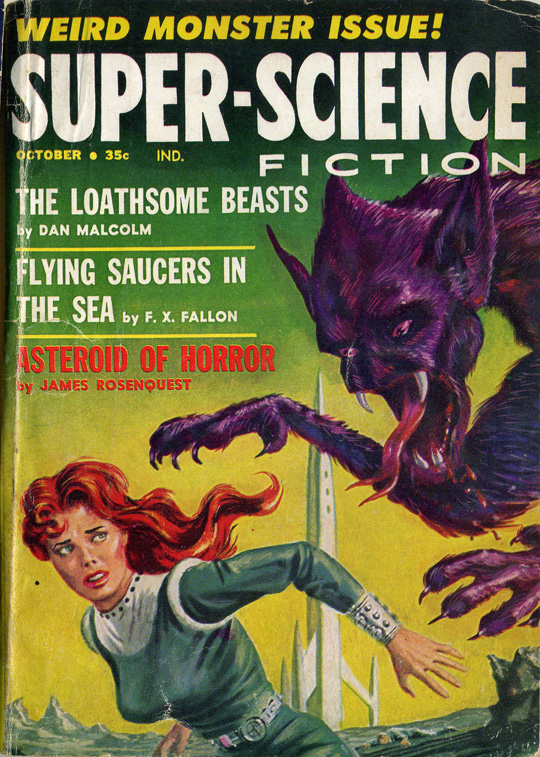 My original tumblr post was here. This image was first posted on Tumblr by UDHCMH with the following explanatory text:

Ed Emshwiller (1925-900 was an illustrator whose work was ubiquitous in pulp science fiction magazines and paperbacks from the early 1950s to mid 1960s.

Surprisingly, he lived and worked in tract-housing suburb Levittown on Long Island–the polar opposite of the exotic, alien worlds he depicted on his canvases. He used his family and suburban neighbors as models for his otherworldly scenes.

In later life, he was a pioneer of digital animation.

The ISFDB entry for this issue (the last one in the title, sadly) is here. The image comes to us via Two-Fisted Pulp. 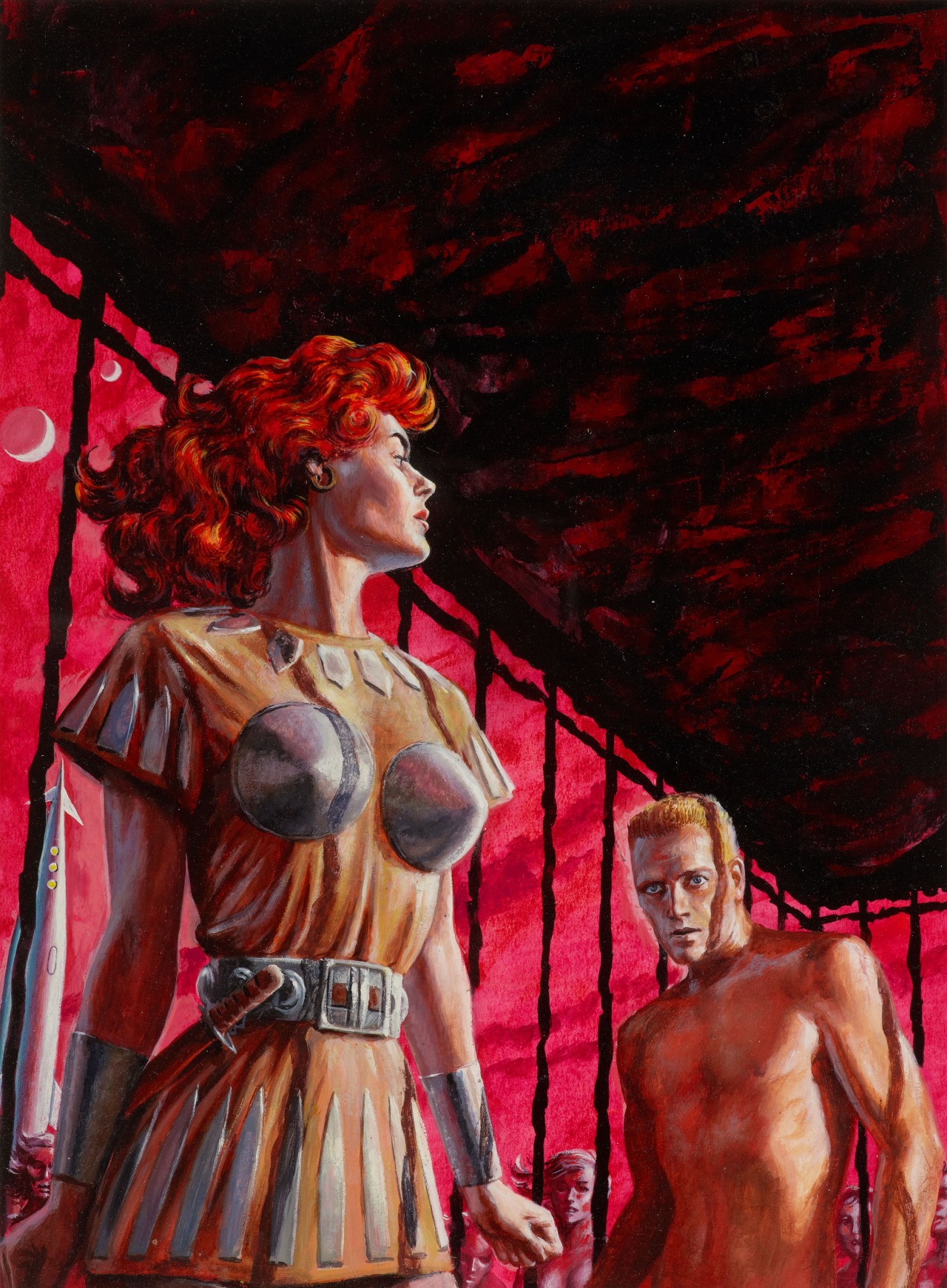 My original tumblr post was here. This image was originally posted on Tumblr by Vintage Geek Culture with an attribution to Ed Emshwiller. It looks to me like a pulp cover but I have been unable to find on the Internet any examples of it used as such. 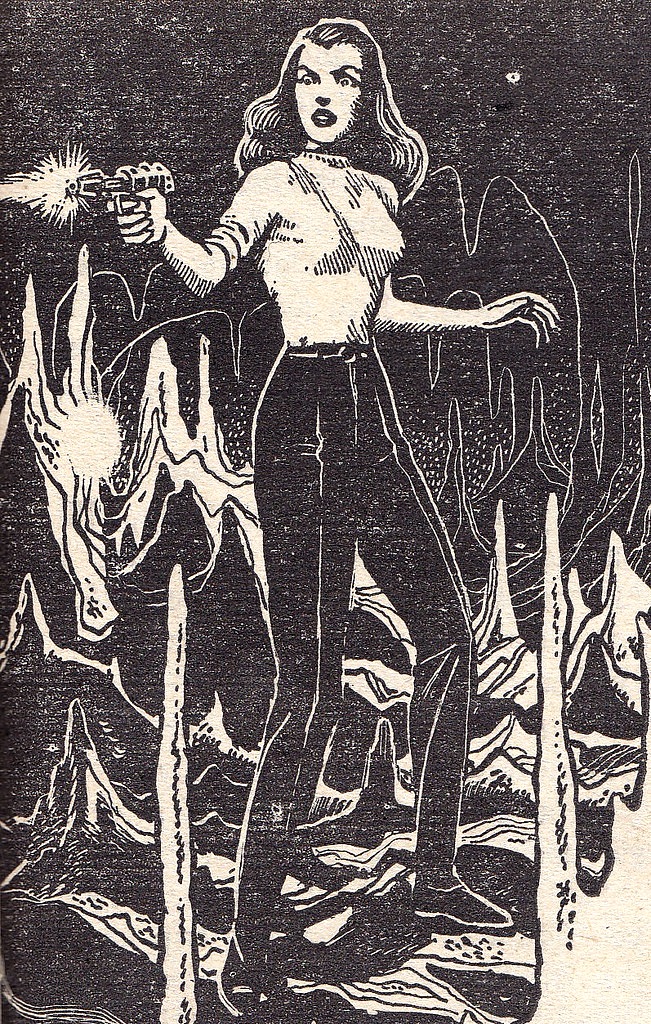 My original tumblr post was here. This image was originally posted by Vintage Geek Culture. 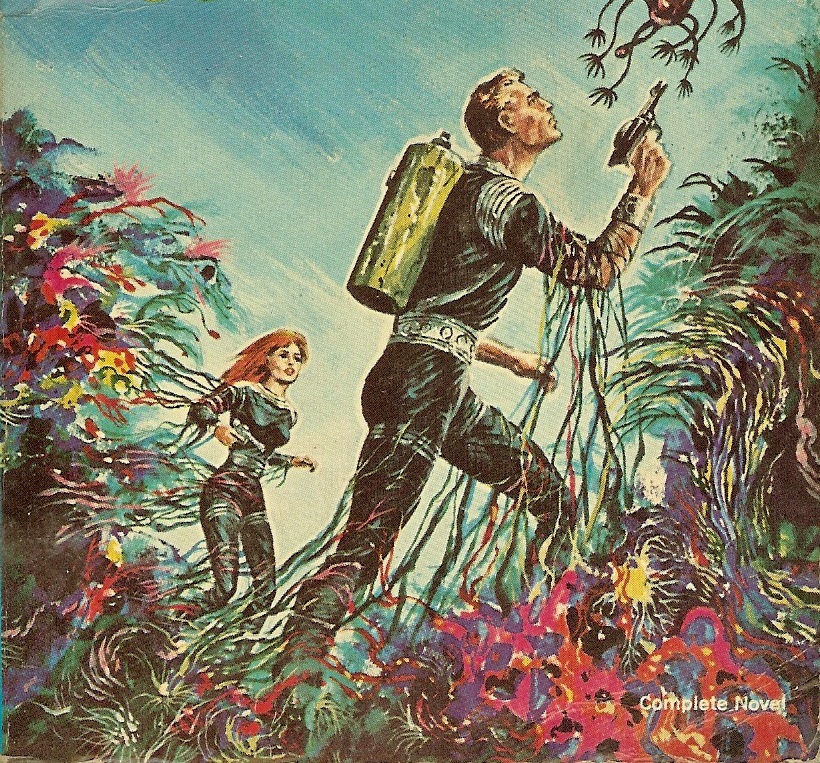 My original tumblr post was here. This image was originally posted on tumblr by maddscience and attributed to Ed Emshwiller. It apears to be a crop of a paperback cover for John Brunner’s Castaways World. 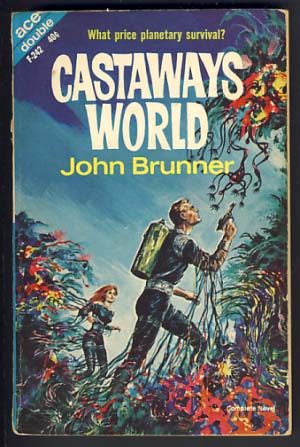 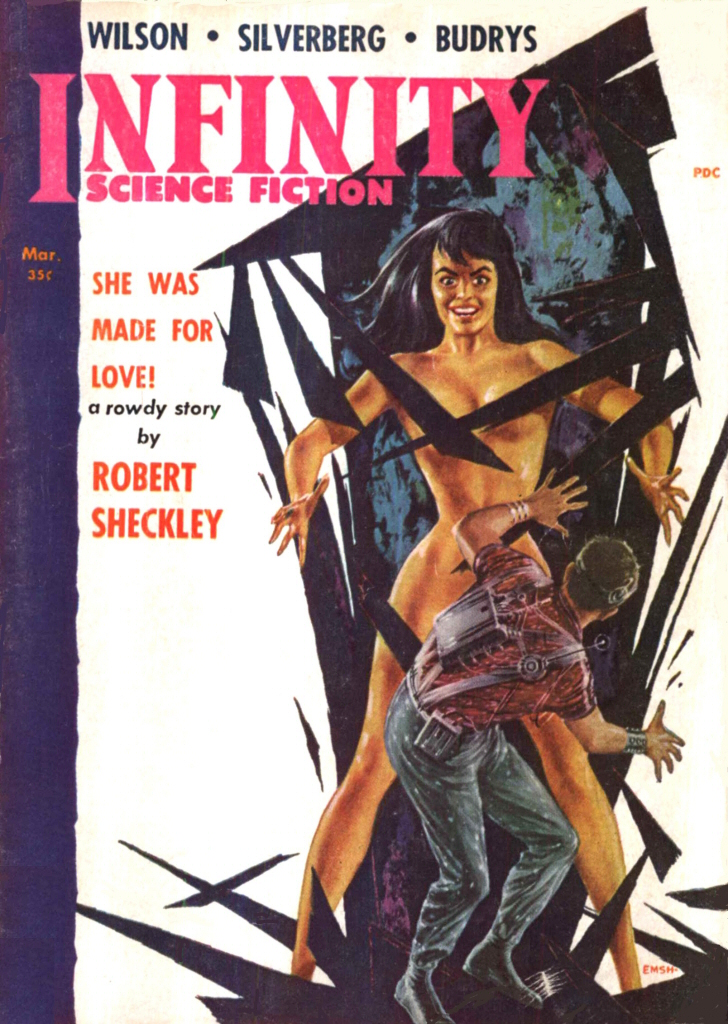 My original tumblr post was here. This image was first posted by Sci-Fi Covers with the comment “Death by snu-snu!” and the more sober identifying information “Infinity Science Fiction, March 1958. Cover by Ed Emshwiller.” The cover art appears to illustrate a story “She Was Made for Love” by Robert Sheckley. The image comes to us via reginaldjuice. 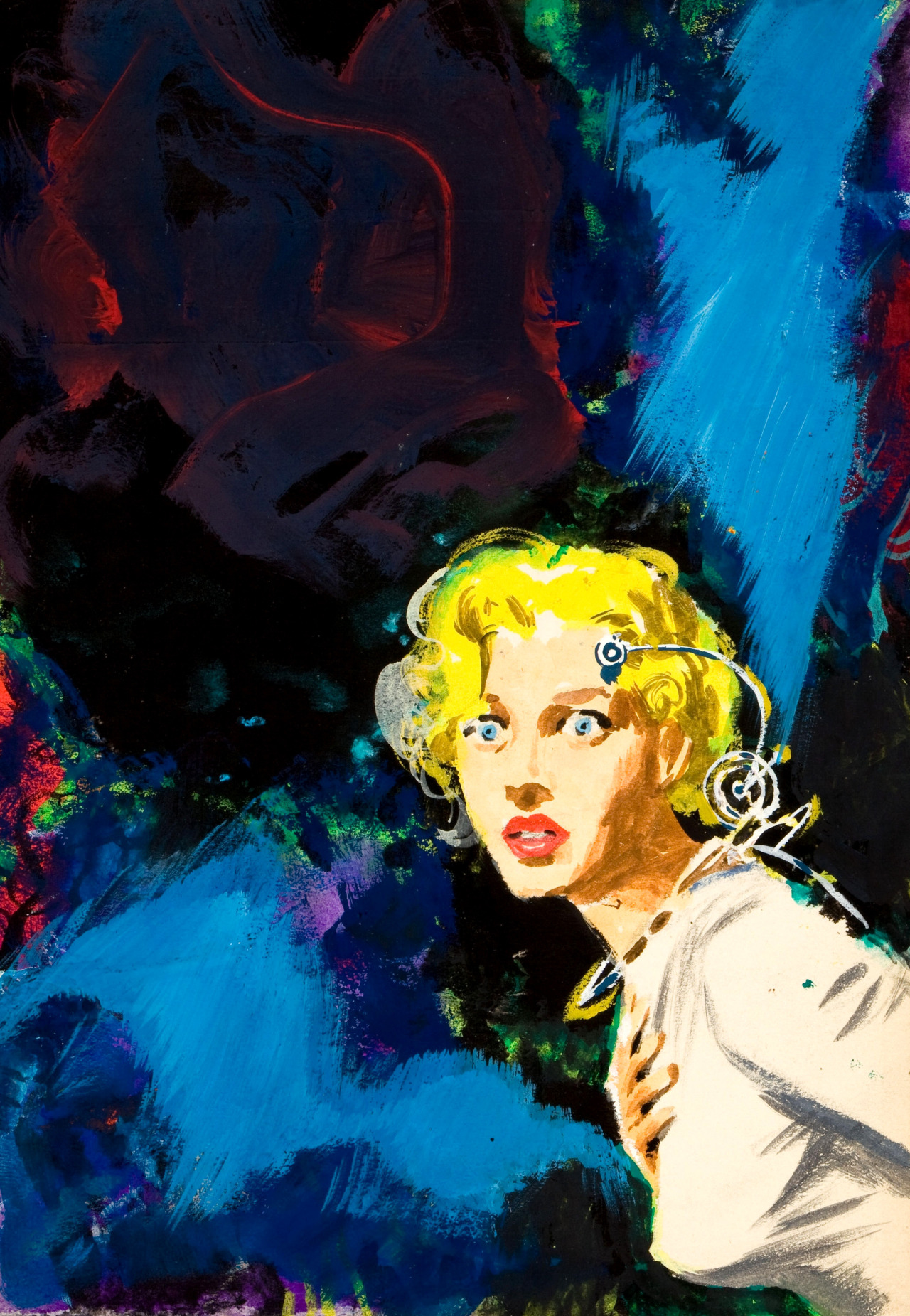 My original tumblr post was here. This painting, On the Lookout by Ed Emshwiller, was originally posted by Raider of the Lost Tumblr and comes to us via doppelgaenger18.