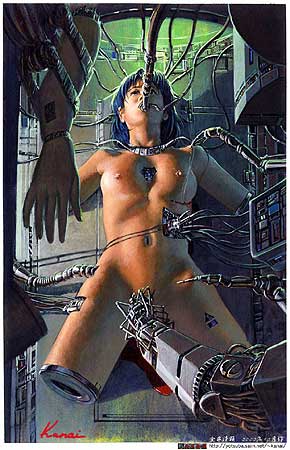 Having brought up Kiyoaki Kanai as a visual inspiration for a pirates post a few days back, I would feel remiss if I did not at least note, before returning to the main thread of posts on Gnosis Dreamscapes that Kanai has some work that can be much appreciated by thaumatophiles. The images to the left and below (those below you can click through for larger) are prime examples.  As usual I don’t read Japanese, and running the accompanying text on the pages  through Google translate tends to leave me feeling even more befuddled than before.  Your tastes may vary, but statements like “So, I accidentally forgot the appeal of humanoid robot was there, I became a robot servant of his sex slave robot and robot body instead of a relative…the human mind, remedies or the mind, the need for further development of the robot to go towards a better feel in your area” tend to leave me scratching my head.  (Although sometimes the pictures do lead to a better feel in my area, I must admit.)   But I think it’s pretty clear that the images to the left and immediately below suggest the manufacture of female sex robots, combined with extensive testing thereof.   Shades of Robotrix!  Perhaps we’re looking at the Consumers Union laboratory of the near future? 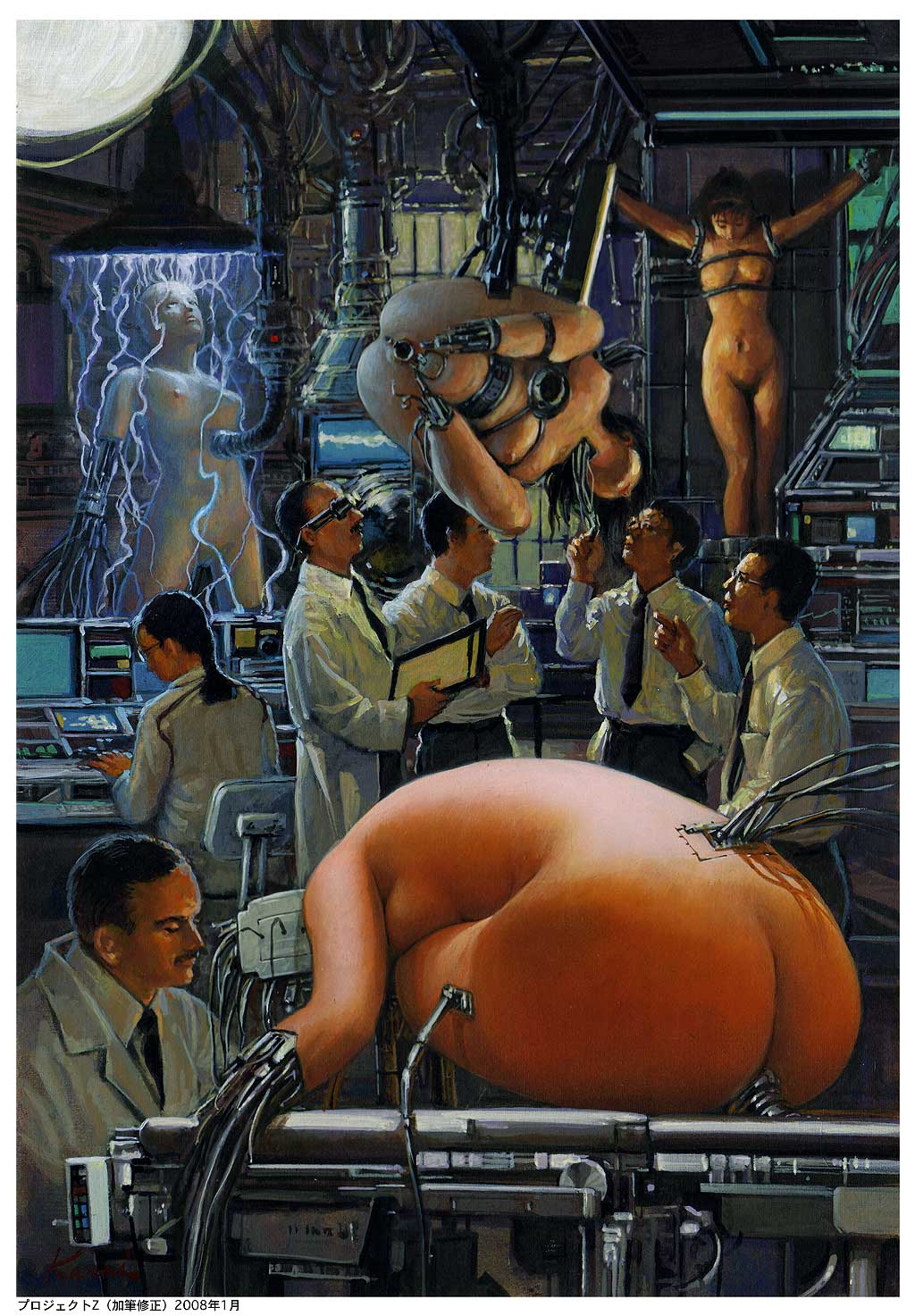 And Kanai, naturally, also did his own rather complex take on the important theme of the sex machine. 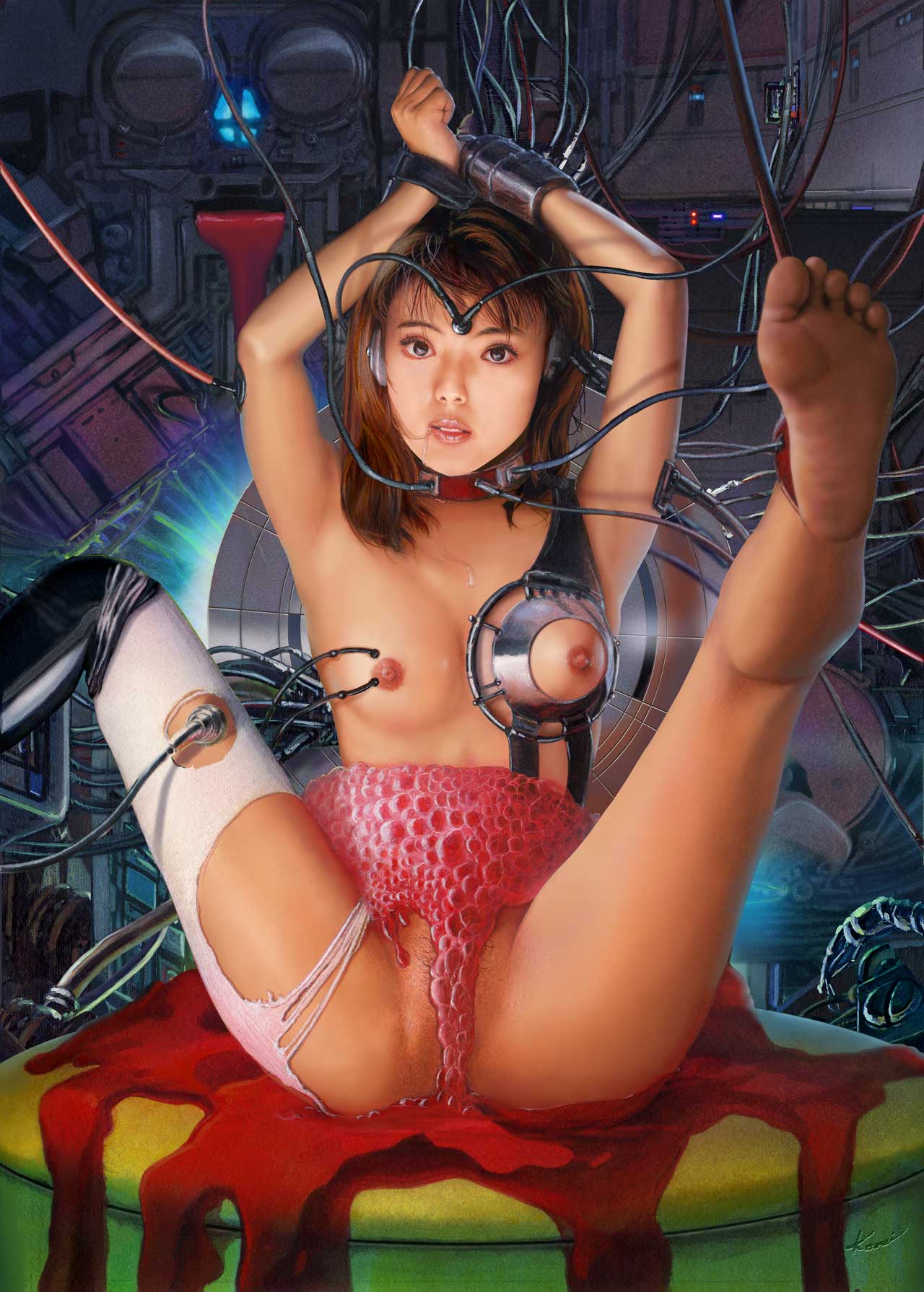 That’s something dear to our hearts here!

The visual image of Abigail the Lady’s Maid — captured and ravished by Moorish pirates, and now boxed up for shipping out as “a pretty addition to some harem.” has a rather specific visual inspiration in the art of Kiyoaki Kanai.  I’ve blogged about Kanai before at ErosBlog, and his interest in girls in boxes has leaked into Gnosis Dreamscapes, it seems. 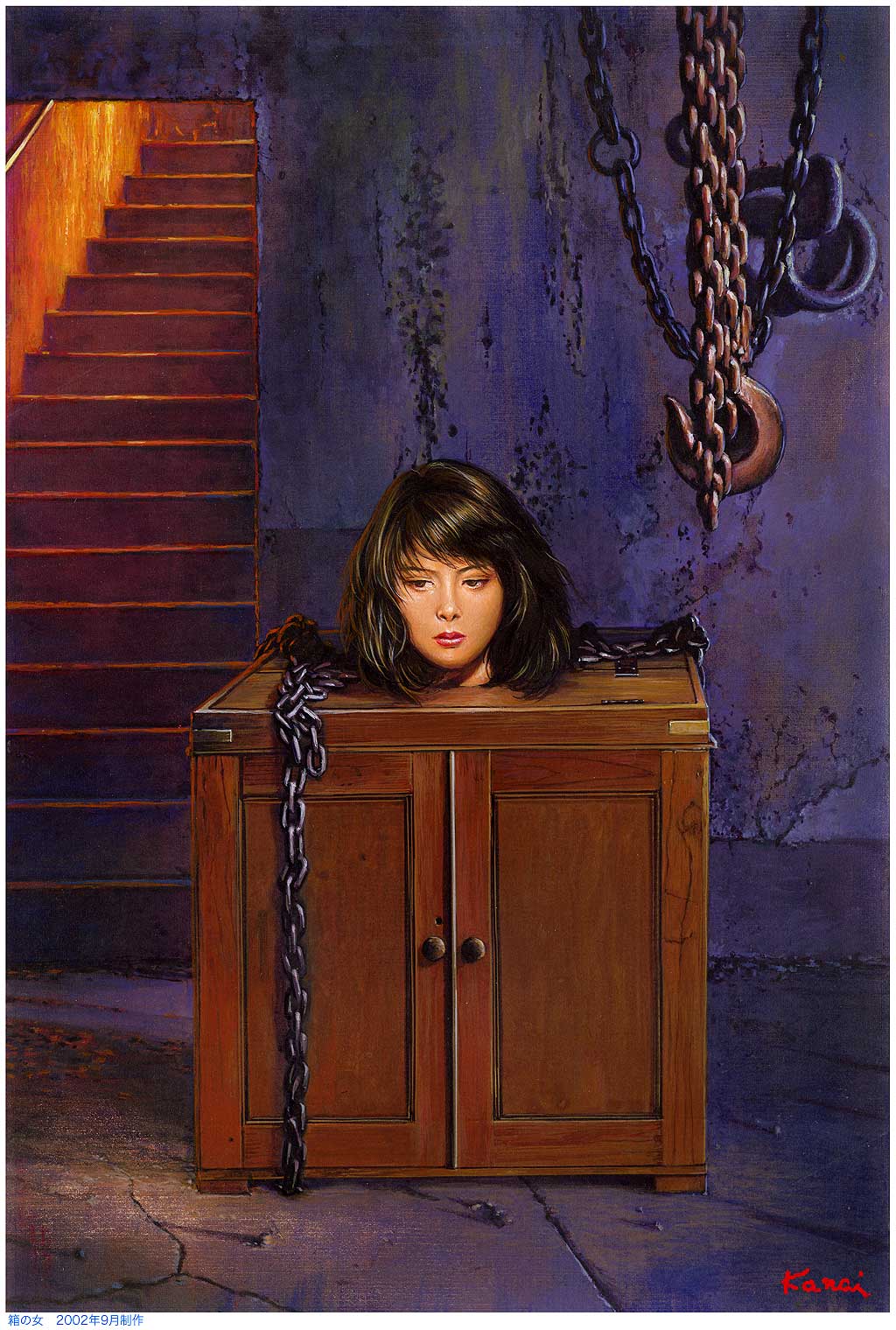 And perhaps more to the shipping out point, this curious illustration, which I think is meant to illustrate some sort of novel about sex slavery. 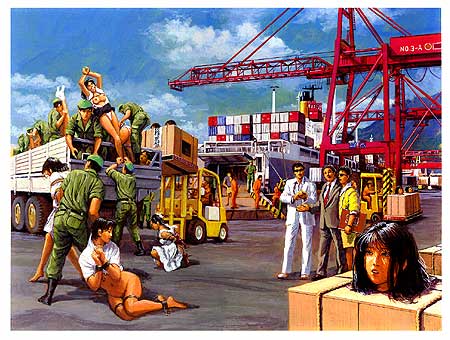 We’re a long way here from the Age of Fighting Sail, but the connection is no doubt clear.