The bizarre sex toy that Buck Yale and his friends come into possession of, the set of “hyperspatial cinctures,” raises an interesting possibility for bondage sex enthusiasts:  what if your limbs weren’t just bound, but missing altogether.  That would really be pushing matters to an entirely new and kinky level, wouldn’t it?

In the real world, going the amputee route would, of course, present significant challenges and require real commitment, and you would of course, like anyone else in society who wants to be too far from the norm, be considered sick and in need of “treatment”.  The fun part of the hyperspatial cincture is that it allows sexual game-players to try out being an amputee (among other, even more radical possibilities) in a way that’s reversible and doesn’t put you at risk of being locked up somewhere nasty.

I created the mad-science device of the hyperspatial cincture because I’m pretty the temptation to play with the possibilities of a partner rendered helpless by amputation (or be one yourself) might be commoner than people would like to admit.  There is a lot of amputation fetish art out there.  I’ll present two examples.

GammAtelier, which has been featured here at EroticMadScience recently and has been added to the links bar, has an entire gallery of amputation fetish art, of which I show one specimen below (click on image to see it in context): 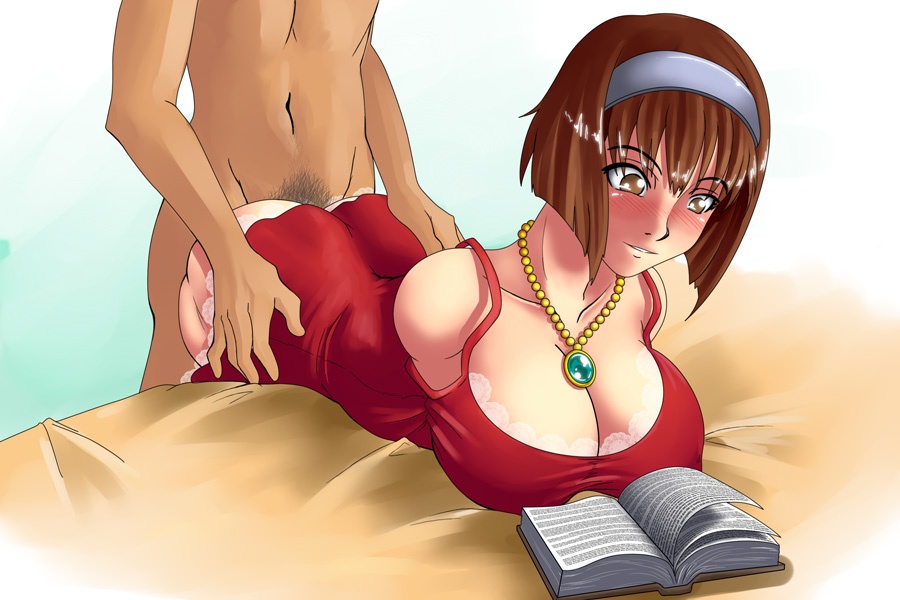 And the intriguing (though perhaps dangerous?) Naga’s Den, from which we’ve also seen art before, has (among other things) a page of sketches called The Rubber Brush, which, like the hyperspatial cinctures, is a quasi-magical technology that allows participants in a bondage party to just…eliminate parts of themselves or meld them together.  The implications are obvious.

As always, if you have favorites in this sort of art, I welcome your suggestions in comments.