I guess I’m trying to hit every trope or, if you wish to be unkind, every cliché I can here.  And know what’s coming up in the script, so it’s only fair to warn you that it gets worse before it gets better.

The catgirl is an obvious example. 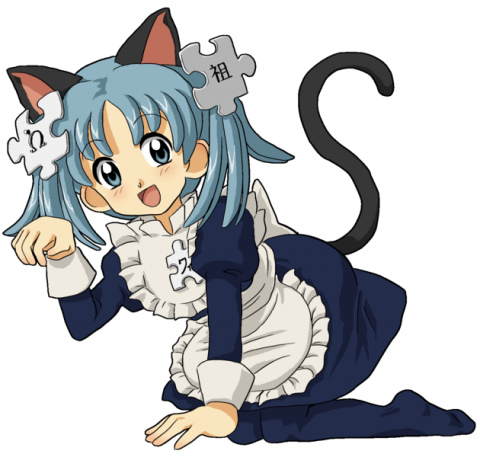 (She’s a catgirl.  And she has one of the cute little French maid costumes.  Found as one of the supporting illustrations at the WikiFur (yes WikiFur) article on catgirls.)

So I plead guilty.  But I have a good reason for going where I’ve gone, even above the obvious point that making a catgirl seems like a freakin’ excellent mad science project.  Because back when I was young (but not too young to haunt the “adult” section of my local comic book store without getting thrown out) the title I would look for more eagerly than any other was Omaha the Cat Dancer. 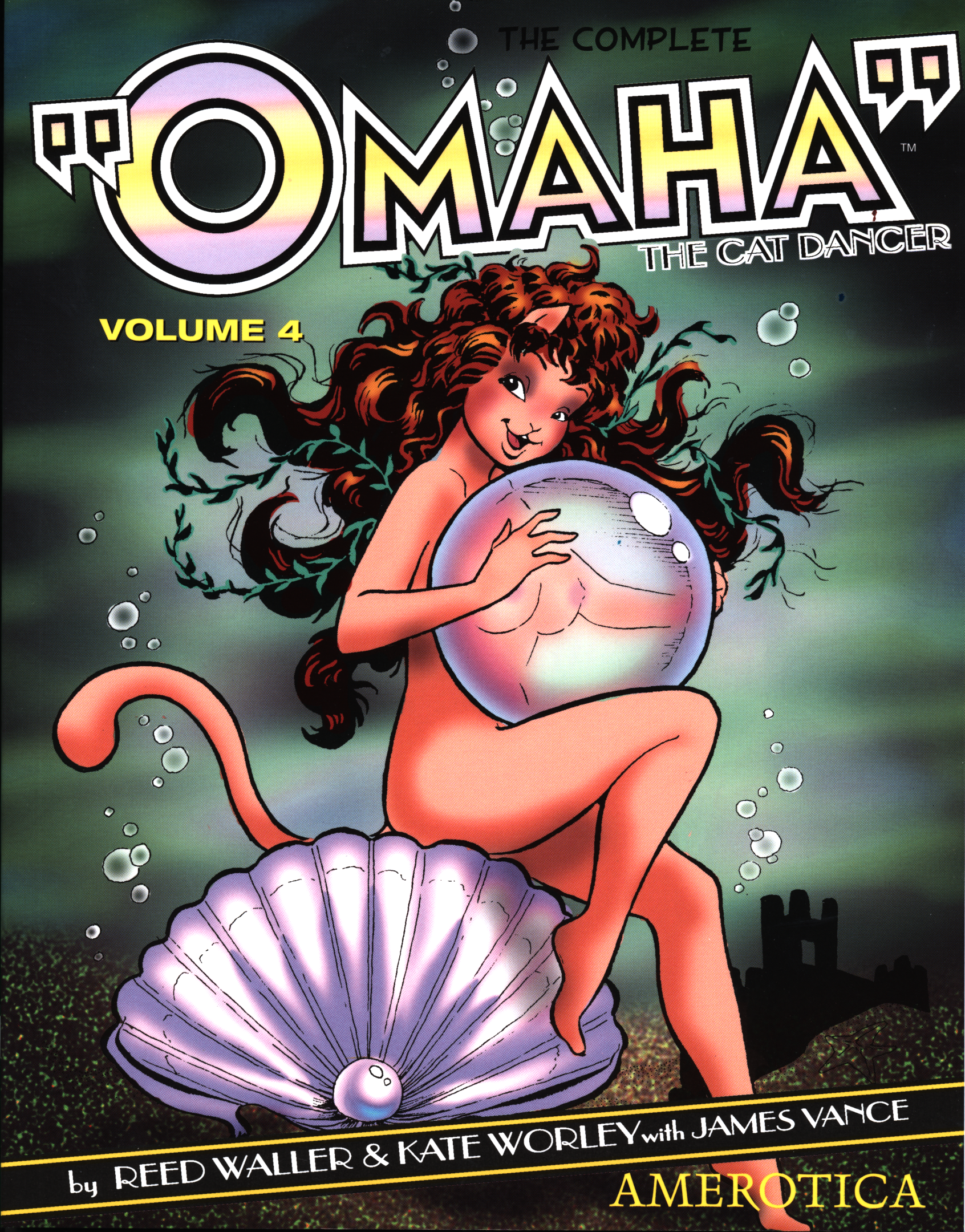 (She’s a catgirl.  And she’s an exotic dancer.  And she’s a mermaid, on this cover anyway.  And she’s got some kind of bubble thing.  Folks, we have gone beyond ordinary Fetish Fuel here and now have a Fetish Fuel Station Attendant.)

The curious thing is that Omaha was a voluptuous young woman (or cat-woman, if you like) who made her living taking her clothes off in front of audiences.  She had a fairly complicated social life amidst a group of other young adult to not-that-middle-aged characters who also had complicated social lives.  The results of those social lives — a lot of enthusiastic sexual coupling, among other things — are depicted with great artistic candor and skill.  But leafing back through her adventures today, I feel struck mostly at how wholesome and straightforward they all seem compared with the squicky stuff that runs through my head today and out onto the blogpage today, some two decades later.  A measure of who life corrupts or, if you prefer, seasons one.

And perhaps I should note, catgirls have another use, a response to those who criticize how bizarre and ad hoc my mad science gets.

(Found illustrating the hilarious Uncyclopedia article on catgirls.)  Reflect on that, dear critics!